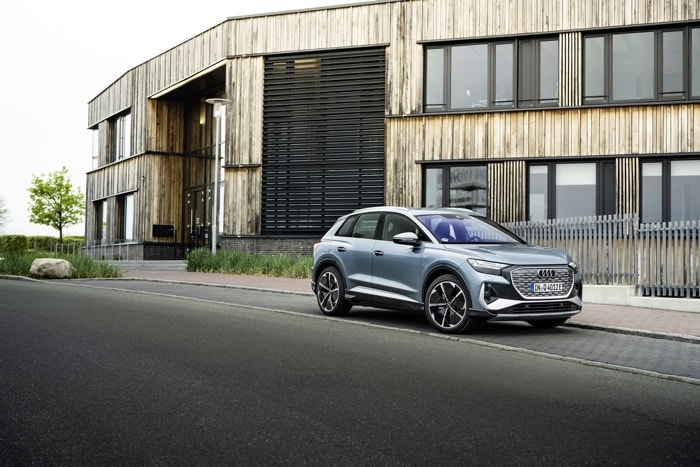 Audio has unveiled new versions of its Audi Q4 e-tron SUV, there is a now a few four wheel drive version and a long range version of the Sportback.

Audi manufactures the Q4 e-tron and the Q4 Sportback e-tron with net-zero carbon emissions – and this has now been officially confirmed through their successful certification as “carbon-neutral products” by the independent auditing company TÜV: “Audi ensures that carbon emissions along the supply chain, throughout the production process, and in logistics, among other areas, have been proportionately avoided or reduced through the use of electricity from renewable sources. This explicitly includes the production of the vehicles’ high-voltage battery.

The production facility in Zwickau exclusively sources green power for production, and the battery cell suppliers are also under an obligation to only use energy from renewable sources in their production processes. Emissions that cannot currently be avoided are offset via carbon credits that fund climate change mitigation projects. These are certified by the non-profit organizations The Gold Standard or Verified Carbon Standard.This makes it possible to achieve complete carbon neutrality over the vehicle’s entire life cycle when it is simultaneously charged with green power during the utilization stage.

You can find out more details about the new Audi Q4 e-tron models over at Audi at the link below.