The new Arduino Robot Kit was unveiled at the Maker Faire, and is a self-contained platform allowing you to build interactive machines to explore the world. Watch the video after the jump to see it in action. 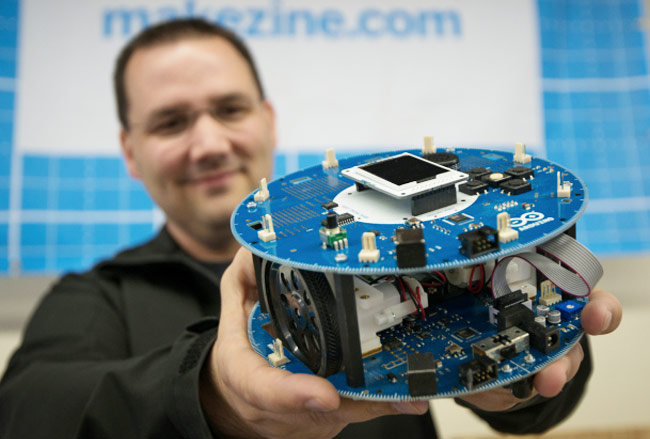 The new  Arduino Robot Kit is the first official Arduino robot and is equipped with two processors, one on each of its two boards. The Motor Board controls the motors, and the Control Board reads sensors and decides how to operate, and each board is a full Arduino board, that is programmable using the Arduino IDE.

“Arduino Robot brings you into the world of robotics. Designed with Complubot, the 4-times world champions in Robocup Junior robotics soccer, the robot allows for endless hours of experimentation and play.

You can use it as it is, modify its software and even add your own hardware on top of it. You can learn as you go: the Arduino Robot is perfect for the novice but also for those looking for their next challenge.”