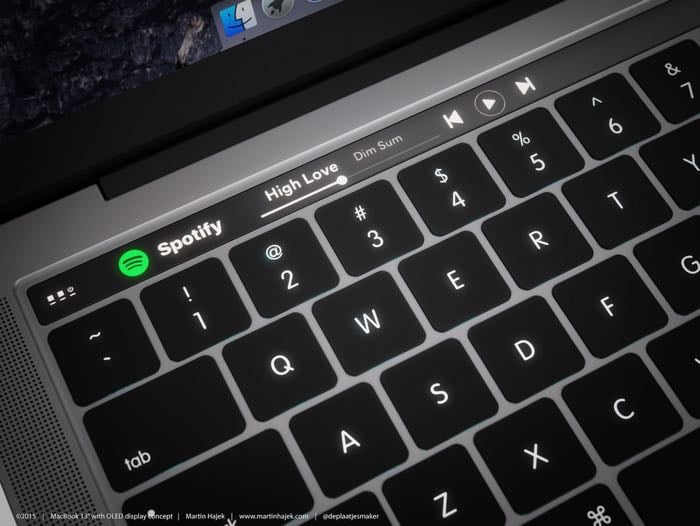 Apple is holding a press event on Thursday where it will unveil its new range of Apple MacBooks, there are expected to be three new models announced.

Three new MacBook models have been registered in Russia with the model numbers A1706, A1707 and A1708, you can see the filing below. 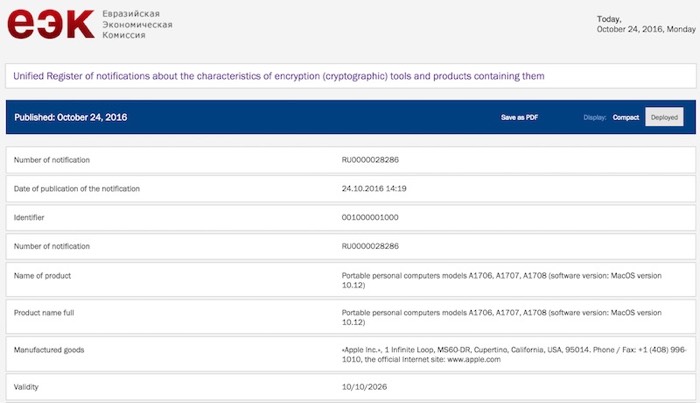 The new MacBook Pro range are said to come with an OLED panel instead of the function keys, this can be programmed and is expected to look like the one in the concept above from designer Martin Hajek.

The new MacBooks are also expected to come with USB Type-C and also the latest Intel processors and more RAM Than the current models.

We will have more information about these three new MacBooks when they are made official at Apple’s press event later this week.