Further to the launch of its Chrome Angry Birds for the web, Rovio has also announced that its new Angry Birds Rio game will soon be receiving the Beach Volley Ball Update.

As promised by game developer Rovio the new update is part of the string of new Rio updates that will be launched every month through to November. Watch a quick trailer of the new Angry Birds Rio Beach Volley Ball update after the jump. 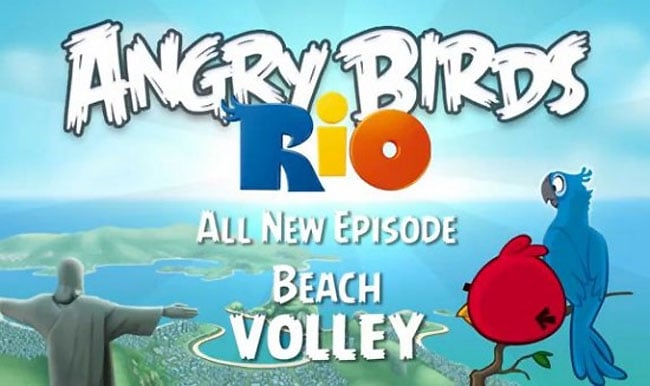 The new update will bring with it access to 30 new levels and even more achievements, and is expected to rollout across multiple platforms on which Angry Birds Rio is currently released such as webOS, Android, and iOS. Enjoy!