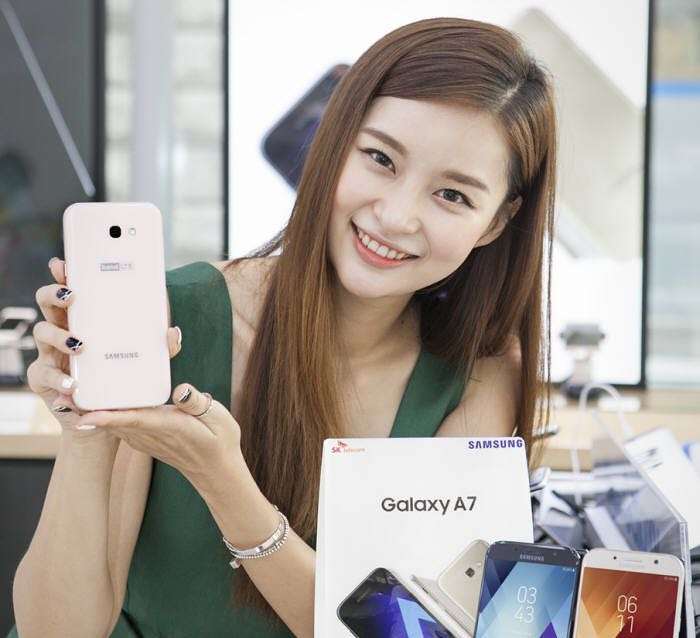 A new Samsung smartphone has appeared in the GFXBench benchmarks. The handset has the model number SM-A730x, this could be the 2018 Samsung Galaxy A7.

The 2018 Samsung Galaxy A7 is listed with a Full HD display, the exact size is not listed, although we would expect it to be a 5.5 inch display like the current model.

The handset is also listed with an octa core 2.21GHZ processor, the actual processor is not listed. It is probably a Samsung Exynos processor. The handset also has 4GB of RAM, the current model has 3GB of RAM. 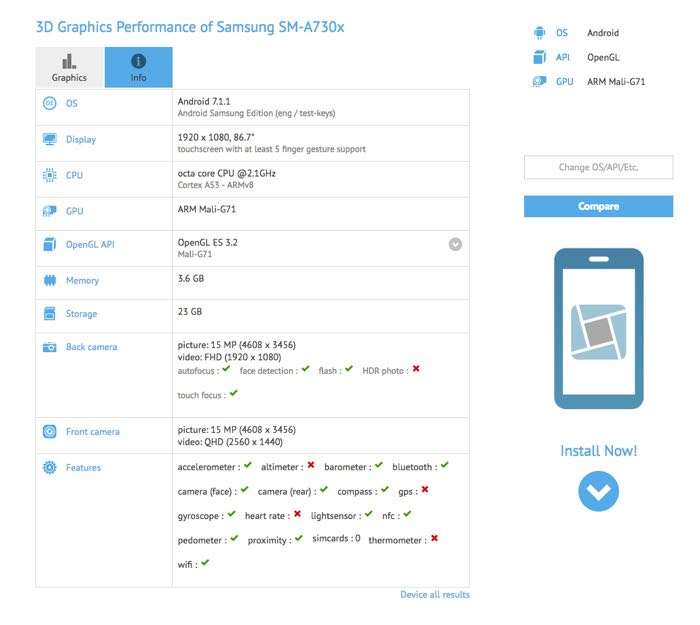 The 2018 Samsung Galaxy A7 apparently comes with Android 7.1. Although we can expect this to change by the time the handset is released. As yet there are no details on when the new Samsung Galaxy A7 will be made available. As soon as we get some more details, we will let you guys know.