Ahead of the fast approaching Microsoft Windows 8 launch happening later this month on October 26th, the new Netflix Windows 8 application is now available to download, ahead of the operating systems official launch.

Over the weekend Netflix announced that their Windows 8 application is now available to download from the Windows store for those early adopters who have already upgraded to a beta version of the Windows 8 operating system. 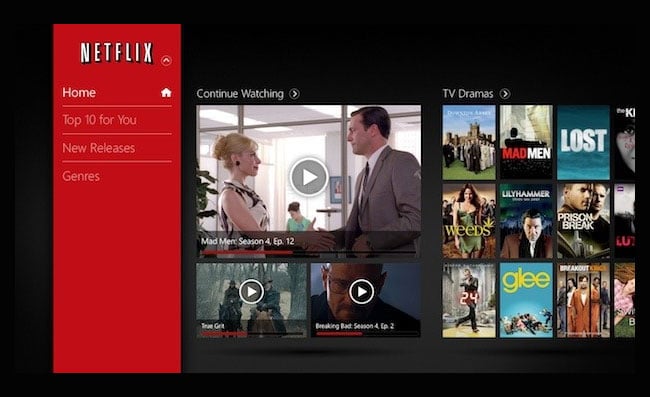 An early look at the new Netflix Windows 8 application reveals that the design mimics the layout of the Windows 8 start screen, and Netflix say that it has paid particular attention to making the application more efficient to save on battery usage and also cut down on the processing power required to run the application.

Netflix also stated that this is the first release of their Netflix Windows 8 application and new updates will be arriving during the autumn to further increase its usability and features.