Netflix has this week unveiled its new child friendly user interface (UI) that its been developing specifically for smaller users of their service. Currently the new child friendly navigation UI has a prominent scrolling bar at the top, showing favourite children characters such as Shawn the Sheep, Pingu, Hello Kitty and Big Bird to name  juts a few.

After a child clicks a featured character a new page then opens, (providing a similar feel of the BBC’s iPlayer app on the iPad) showing episodes featuring the character along the bottom. Netflix is developing their new UI to make the navigation for children more friendly and fun. 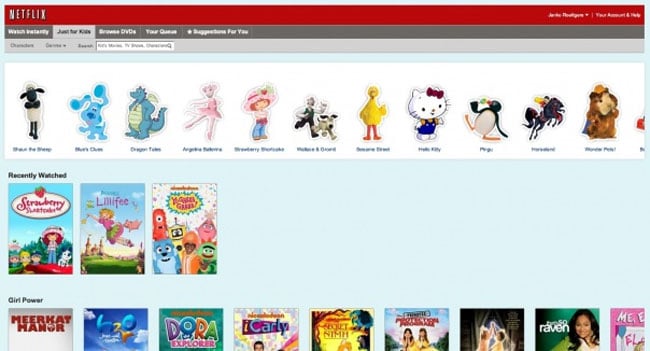 The Netflix child friendly user interface is still currently under construction at the moment, and no details have been released by Netflix as to when the new navigation will be launched on to mainstream systems. As its still under development there is a also good chance that the final navigation design could look slightly different from the released screenshot in its final version.

As more information comes to light we will keep you posted.