With Amazon’s new Prime video service set to launch in the UK and Germany tomorrow one of its biggest rivals Netflix has this week released a new marketing video making fun of Amazon’s Prime Air service.

It was not long ago that Amazon announced it would be trying a new humorous drone delivery service to deliver parcels extra quick to some of its users. Netflix has now taken this one step further in their humorous video providing Netflix users with a new method of receiving movies to where ever they maybe using the Netflix Drone 2 service. Check out the video after the jump to learn more. 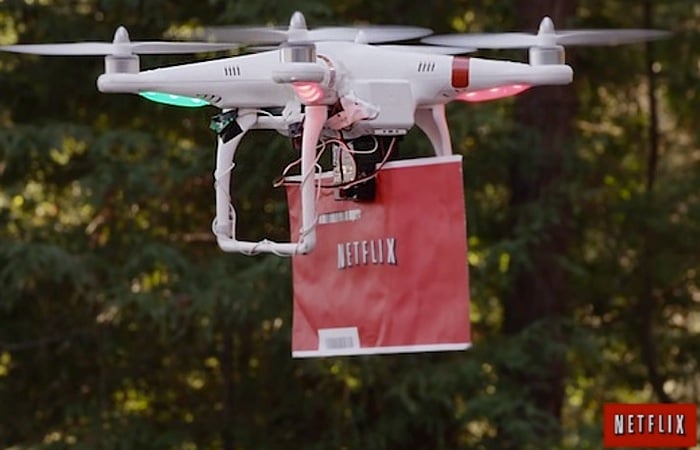 “Netflix has come up with a new DVD delivery service – Drone 2 Home. Get your DVDs in mere minutes using the almost robust drone delivery service. Netflix is quietly experimenting with delivering DVDs using drones (like that book company up north), and here’s a video from the Netflix research and development team demonstrating how drone delivery would work.”