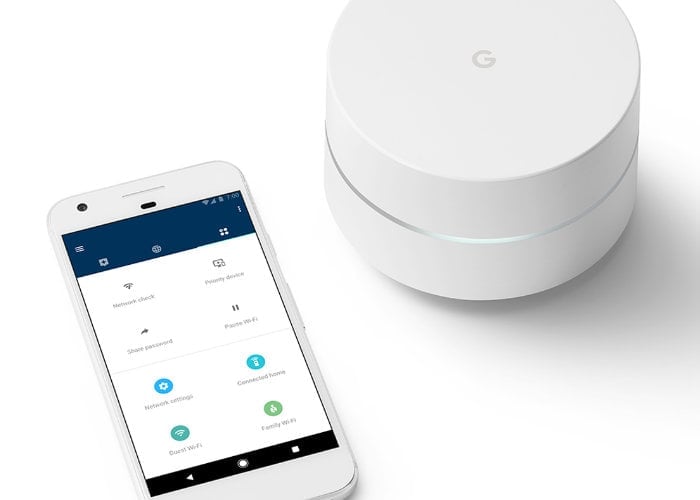 Google’s next-generation next wireless router has been spotted at the FCC this week hinting that Google may be imminently launching a new version of its mesh Wi-Fi network system. The FCC As received filings for the A4R-H2D and A4R-H2E hardware described as “interactive internet streaming device(s)”. From the information revealed in the documentation it seems that the new hardware as well as supporting 802.11 a/b/g/n/ac and Bluetooth, will also support 802.15.4 Thread at 2.4 GHz.

“Sources say that Google is adopting an Eero-like package with the Nest Wifi. The multi-pack of the first Google Wifi included multiple full-fledged routers that connected to one another wirelessly, while the second-gen Nest Wifi will instead offer one primary router alongside other, smaller beacons. We’re told these smaller beacons will double as Assistant speakers, while the main router will not.”

Unfortunately, no information on pricing or worldwide availability has been released as yet by Google, but as soon as information comes to light, we will keep you updated as always.