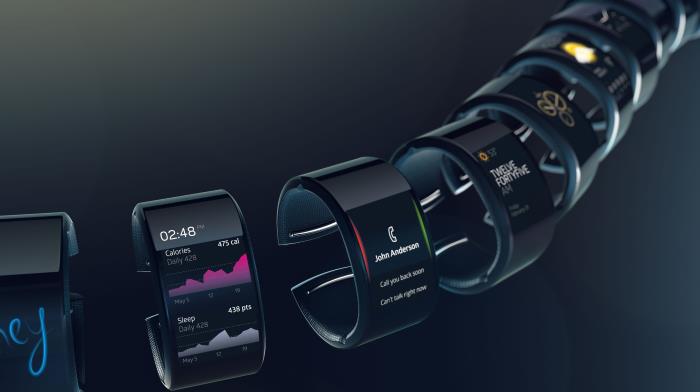 Smartwatches are slowly gaining popularity, allowing users to get notifications from their smartphones on their wrists. Most of them are powered by Google’s Android Wear operating system, with Samsung sticking to their in-house Tizen.

If you’re looking for something different, take a look at Neptune Duo, a combination of a good looking smartwatch, Neptune Hub, and a companion pocket-sized device known as the Pocket Screen

“The current wearables market is saturated with Bluetooth-paired smartwatches and fitness bands,” said Simon Tian. “The issue is that they all depend on the presence of a nearby smartphone in order to have full function. This is mainly because the wearable usually acts as a ‘dummy’ device that tethers to your smartphone, the ‘master’ device. But what if the roles were reversed? What if smartphones were completely rethought to simply become dummy pocket-sized displays, void of any computing or connectivity, that paired with a smart wearable on your wrist instead? That’s what Neptune Duo is.”

Neptune Hub doesn’t require pairing with a smartphone, and offer users with 3G and 4G connectivity, allowing them to make calls, send messages and perform most of the tasks you do on a smartphone. There’s a quad-core processor, 64GB of internal storage, a 1,000 mAh battery, and also give users the ability to track fitness-related metrics as well.

The other part of the Duo is the Pocket Screen which acts as a dummy screen for the Neptune Hub, providing users with a 5-inch HD display to act as a second display. It also acts as a juice pack with its 2,800 mAh battery, allowing users to charge the smartwatch with it.

The Neptune Duo is expected to launch in “late-2015” and if you’re interested, you can reserve the smartwatch for yourself which is free of cost, but upon shipment, customers have to pay $798. Customers can also pledge for it, saving some of their hard-earned cash: