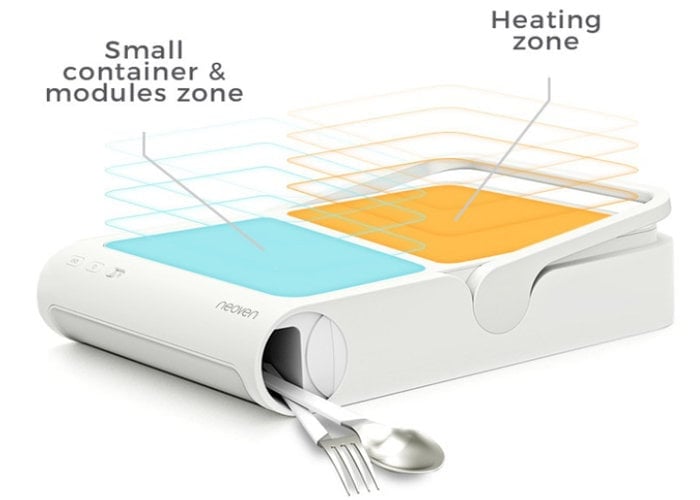 A new modular food preparation and storage system has been launched via Kickstarter this month in the form of the aptly named Neoven. A compact personal food warmer that also makes coffee, blends fresh smoothies and keeps ice cream cold. Watch the demonstration video below to learn more about the system which is now available to back via Kickstarter with earlybird pledges available from $179 or roughly £139.

If the crowdfunding campaign is successful and manufacturing progresses smoothly worldwide shipping is expected to take place during July 2020. “When it’s lunchtime, you can turn the Neoven on remotely and start heating up your food. It’s also possible to pre-set a timer, and the food will be heated up at the time you choose. Within 5 minutes, your food will be warm. Just take the Neoven and get comfortable (Wi-Fi / Bluetooth).“

“Microwaves are considered to be the dirtiest place in the office, as well as refrigerators and kettles. According to HealthFood research, public microwaves have a large number of harmful microorganisms on the walls, which make it into the food. According to the proposals received from future consumers, in the near future we will release new functional modules. Among the backers, we will conduct a survey on which modules you would like to see the most, and the most popular offers will be considered and developed.”