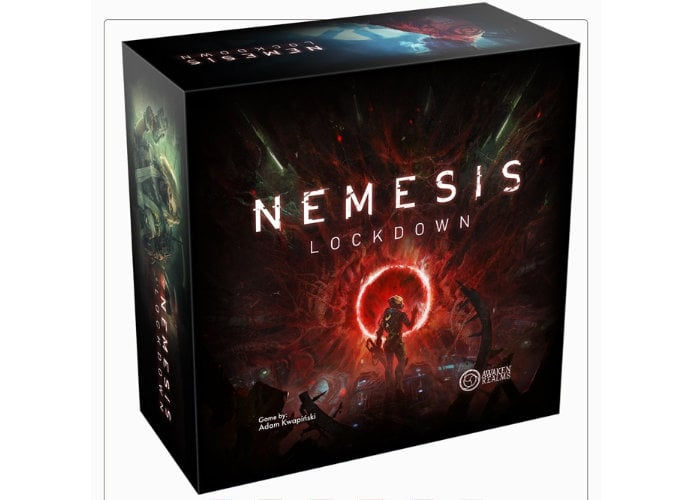 Nemesis Lockdown is a standalone expansion to the hit Board Game Nemesis, that has already raised over $4.5 million via Kickstarter, thanks to nearly 30,000 backers with still 10 days remaining on its campaign. The new expansion for the popular “Alien” themed board game builds on the tense, cinematic experience Nemesis is known for, adding even more opportunities for emergent, dramatic gameplay.

“Become an unlikely survivor, locked in an underground base with something terrifying. Turn up your paranoia, as you try to guess what other players are up to, or what the contingency plan is. Work to learn the weaknesses of your nemesis – or run like hell. Switch off the lights in someone’s lab section. Take a dangerous trek to the outside bunker. And whatever you do, be ready for unexpected!”

“The game comes with all the components needed for a cinematic Sci-Fi horror experience and doesn’t require the Nemesis Core Box. Nemesis: Lockdown offers 1-5 player semi or full co-op experience that takes around 90-120 minutes and will be different every run! This stand-alone expansion also works with majority of the previous Nemesis content: other Alien races and most of the characters. During this campaign you can also get classic Nemesis Core Box (only in English) and all the previous expansion (in 6 different Languages)! “