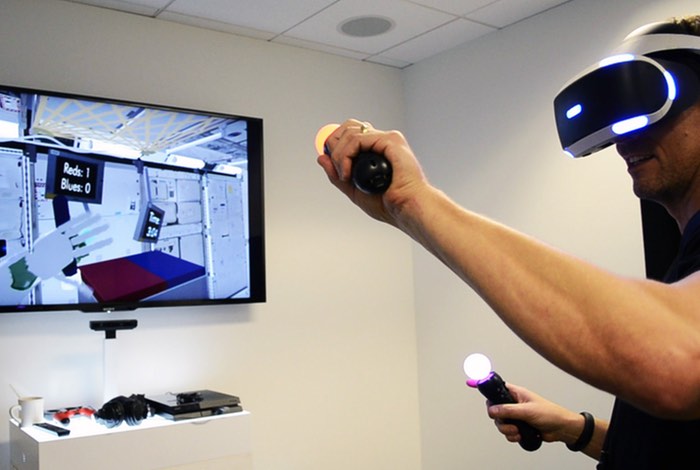 It has been revealed this week that NASA has been using Sony’s PlayStation VR virtual reality hardware to solve key challenges of using robots in space.

As you can see in the image above Sony’s Richard Marks demonstrates simulated control of a robot in space and even though NASA can use math-based moves for lunar exploration by rover, Robonaut 2’s NASA humanoid robot needs equipped with human dexterity are wasted if commands can’t be executed with human fluidity and improvisation.

The hope is that by putting people in an environment where they can look around and move in ways that are much more intuitive than with a mouse and keyboard, it would require less training to understand how to operate the robot and enable quicker, more direct control of the motion.

The demonstration has been created to run in real time on a PlayStation 4 and has been built to replicate the challenges that a robot would face in space, allowing NASA to see any issues that may occur due to the robots range of motion and time delay from initiating a move to it actually being carried out in space by a robot.

For more information on the interesting use of Sony’s PlayStation VR hardware in the development of robotic solutions for space jump over to the Road to the VR website via the link below.