Cape Canaveral, 11:29 am. A sizable congregation of onlookers were transfixed by the poetic ascension of the last manned shuttle flight. Half an hour short of most employee’s lunch breaks yesterday, the space shuttle Atlantis began its mission to deliver supplies to the ISS. After this, the end of the beginning is final. 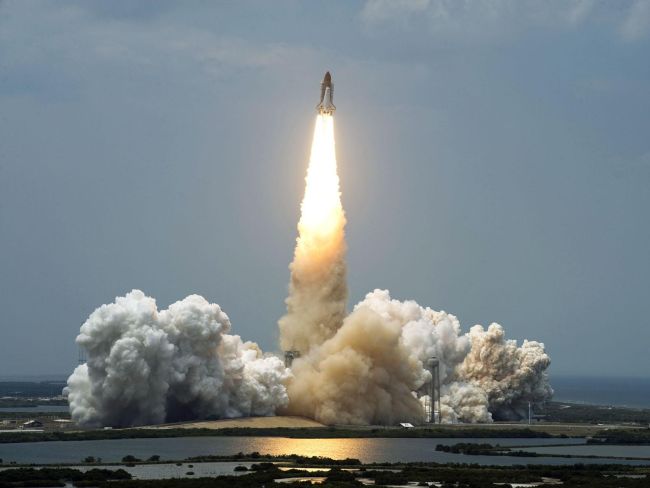 Manning the shuttle were astronauts Chris Ferguson, Doug Hurley, Rex Walheim, and Sandy Magnus. Let’s not forget to mention the guys are also going to space with a urine conversion apparatus that converts wee wee to drinkable fluid. Nice.

Anyway, aside from the wee wee converter, Atlantis is carrying a Department of Defense satellite and a few extra stuff for the ISS, which will become NASA’s top priority for the next decade.

So with shuttles gone, it’s about time hard questions be asked. Questions like should governments continue to monopolize space travel or should it be 100% in the hands of private companies? How about private individuals?

Is the darkness surrounding our fertile globe a new frontier every man, woman, and child have the right to explore or should there be institutions in place to regulate such travel?

Last: If the time and resources were in your possession, would you visit a distant star?