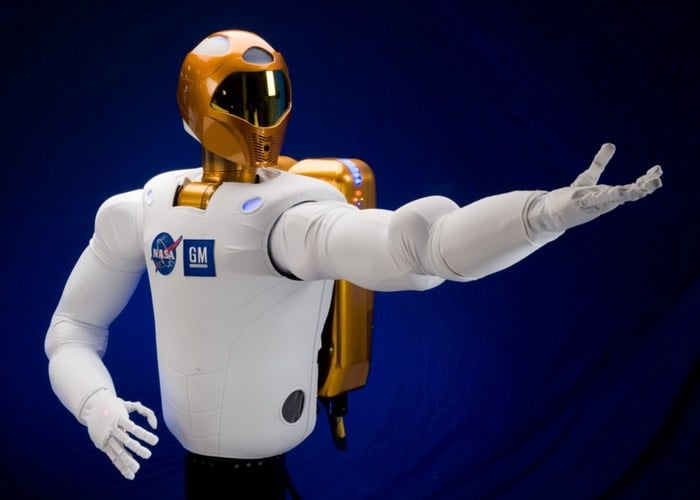 Robonaut 2 has been on the International Space Station (ISS) since 2011 but unfortunately is now starting to lose its 3D computerised site and is slowly going blind. NASA is now looking for talented coders to help restore the robots eyesight and is offering a prize of $10,000 to any coder can create the algorithms to restore the 3D vision on the robot.

Robonaut is a humanoid robotic development project conducted by the Dextrous Robotics Laboratory at NASA’s Lyndon B. Johnson Space Center and was created to provide a humanoid machine to work alongside astronauts on the ISS.

NASA explains more about the issues their Robonaut 2 robot is facing :

R2 is the first humanoid robot in space, currently being tested on the International Space Station. Serving as an extra set of hands for station crew members, the robot is looking to help with the more mundane or repetitive tasks that are required for maintaining the million-pound laboratory, freeing up its human colleagues for critical science and repair work. For example, R2 manages inventory using an RFID reader and fastens bolts with a drill.

Humans use glasses to help them see better, but for robots, the fix is in their code. NASA is asking coders to create algorithms for Robonaut 2, or R2, that will improve its 3-D vision. The Robonaut Vision Tool Manipulation contest kicks off on Feb. 23, and offers a total of $10,000 in prizes for the best algorithms.

To enter the competition and to see if your code can restore the robots eyesight for more information on the new NASA Robonaut Vision Tool Manipulation contest jump over to the NASA website for details via the link below.