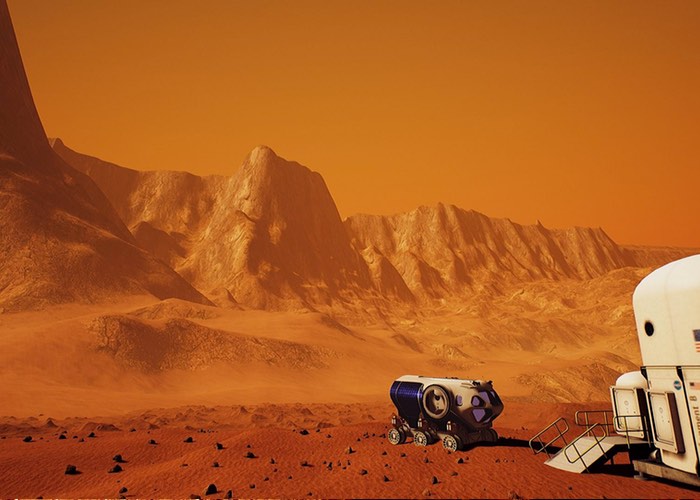 A new virtual reality experience is being created which has been backed by NASA called Mars 2030 and is being created to provide an immersive application that allows users to feel in some way what it is like to stand on the surface of Mars.

Mars 2030 was created by FUSION in collaboration with NASA and is powered by Nvidia GeForce. It simulates being on the Red Planet in a level of graphics fidelity that is only possible with NVIDIA VRWorks technologies. Our CEO, Jen-Hsun Huang, introduced it to Steve Wozniak to try out during ‎GTC 2016.

In a recent interview NVIDIA’s Zvi Greenstein, GM of GeForce Desktop explained a little more about the experience :

You basically have the real Martian terrain… the real topography with rocks… the lightning model is accurate, the gravity model is accurate… the development team recorded the actual sound from the rover. – The rover, the habitat [modules], the labs… whatever you see in this application is based on actual CAD models provided by NASA…

For more information on the new Mars 2030 VR project jump over to the NVIDIA website for details following the link below.