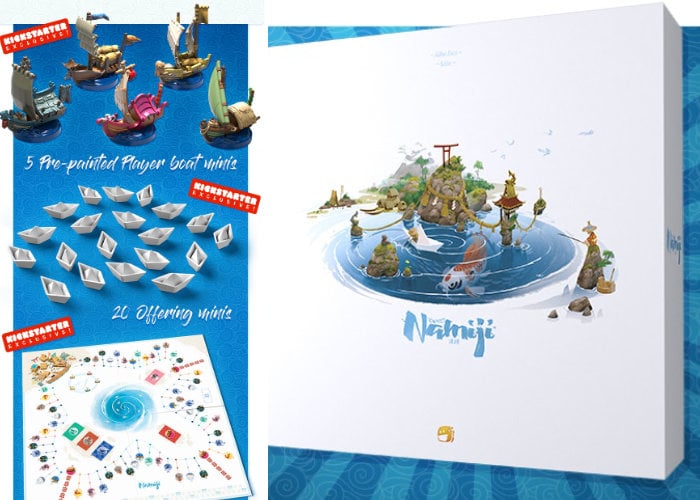 Earlier this month Funforge launched its new game in the form of NAMIJI offering the next chapter in the TOKAIDO universe I’m bringing you a stand-alone game by Antoine Bauza, featuring Naïade’s outstanding artwork. check out the trailer below to learn more about the project which is now coming towards the end of its Kickstarter campaign with just five hours remaining and pledges available from €60 with worldwide delivery expected to take place during July 2020. 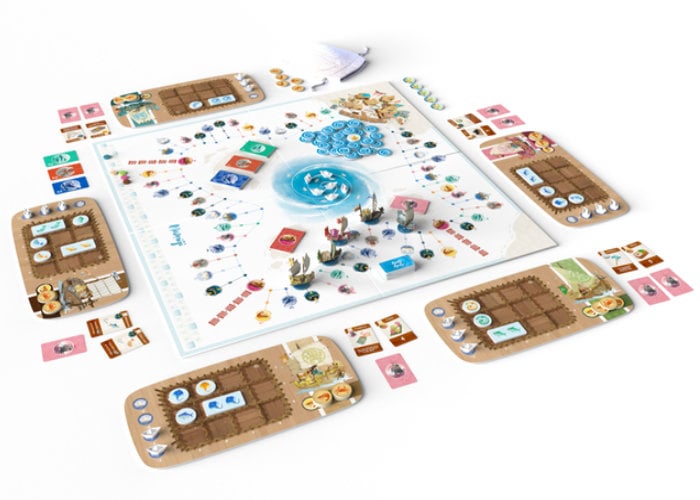 “After Tokaido, a new experience awaits you! In Namiji, take to the sea and discover the hidden marvels of the Japanese coast. Namiji is the new game from Antoine Bauza, set in the Tokaido universe. For 2 – 5 players, Namiji takes you on a journey of discovery of beautiful and wild marine life. Although it is a spiritual sequel, Namiji is a completely standalone board game that does not require Tokaido to play. Now is the time to embark and navigated toward the first visible archipelago. The adventure begins!”

“Since the release of Tokaido in 2012, the series has sold nearly half a million copies worldwide, along with several prestigious Collector products. The success of the series is such that it is now available in 18 languages: French, English, German, Finnish, Swedish, Norwegian, Danish, Spanish, Italian, Portugese, Slovakian, Czech, Polish, Hungarian, Russian, Dutch, Japanese, and Chinese. Two expansions, which enrich the universe and offer new mechanisms to Tokaido fans, have also been released: Crossroads (in 2013) and Matsuri (in 2016).”

Features of the NAMIJI  board game :

– Magnificently illustrated by Naïade
– A new opus in the Tokaido universe
– Lots of combos and collection each time you play
– A game for 2 – 5 players
– Games last 30 – 45 minutes
– Very accessible, with great replayability