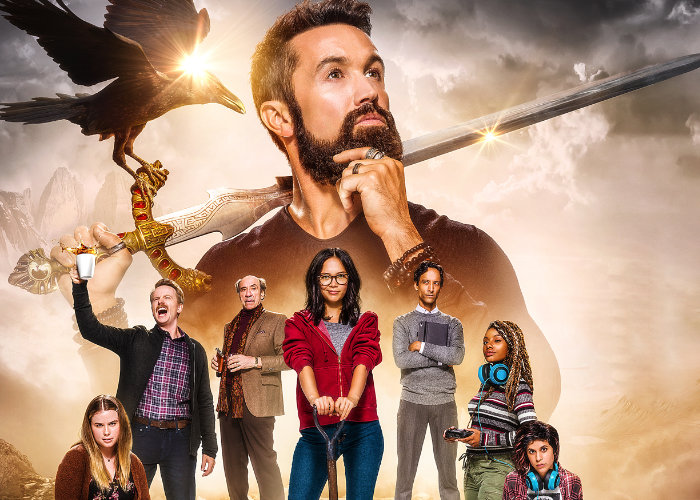 During an interview with the Hollywood Reporter Mythic Quest creator and star Rob McElhenney revealed more details about creating the special quarantine episode which will be premiering on Apple TV+ May 22nd. Tomorrow’s episode was created using 40 iPhones and 20 sets of earbuds after McElhenney pitched the idea to Apple.

“Each actor had three iPhones, and we’d shoot one iPhone at a time. As soon as a scene was wrapped, the phone would be sterilized, packaged, put in a secure area, picked up and brought to editorial, sterilized again, and then the footage would be uploaded to the Avid for the editors, who were working from their homes.

To get (footage) through to editorial as fast as possible, because we wanted to get this episode done and out while we were still in quarantine. The way we’d do each scene is they’d take their laptop/desktop cameras that you would see normally for a teleconferencing thing and they’d put the iPhone directly in front of that camera, so I essentially had video village from my house. I could see what every actor’s camera is picking up and you could also see the readings for the audio.

Mike, the cinematographer, could double check all the settings and make sure that everything was running at the right revolution, frame rate, etc. Then we would run the scene, and the actors would be talking to one another the same way we’re talking right now (by phone), through our AirPods.”

Mythic Quest is set in a video game development studio and “explores the intricacies of the human condition through hilarious and innovative ways”.