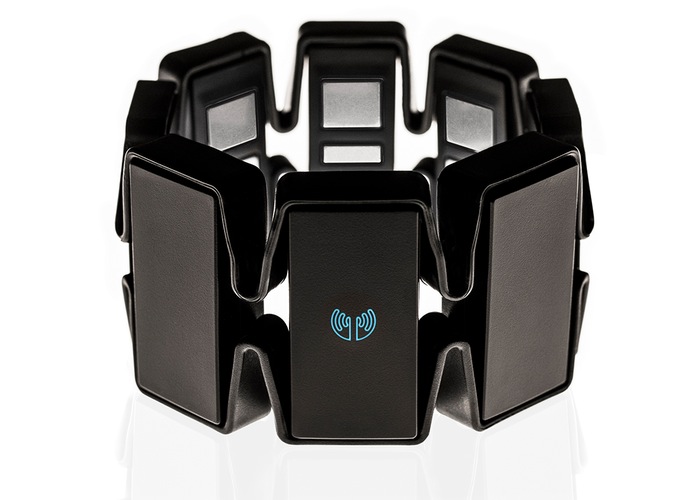 The team behind the development of the Myo gesture control armband Thalmic Labs, have announced this week that their new Myo armband will be available to purchase from Amazon in the next couple of months, opening the new technology up to the masses.

To re-cap the MYO armband has been designed to be worn on your forearm and is capable of detecting nine axis of movement. It has been designed to measure electrical signals generated when you move your hand wrist and forearm, providing accurate representations of those movements in a virtual 3D environment.

The news that the Thalmic Labs Myo gesture armband will be available to purchase from Amazon sometime in the first quarter of 2015 follows on from the 50,000 pre-orders that were placed for the device priced at $199 during its development stages.

The MYO armband has been created by developers Thalmic Labs which was formed after being founded by University of Waterloo Mechatronics Engineering graduates Aaron Grant, Matthew Bailey, and Stephen Lake, who raised $1.1 million in funding via Y Combinator. Watch the device in action in the video below.

“Myo is a gesture control armband that works out of the box with things you already have like your Mac, Windows PC, iOS, and Android devices. The Myo armband uses Bluetooth 4.0 Low Energy to communicate with the devices it’s paired with so you can control presentations, video, music, games, and so much more.”