Myka has launched a new open-source media player which is designed to compete with the Apple TV.

The Myka Media player comes with up to 500GB of storage, a built in BitTorrent client, wired and wireless connectivity, a USB port and HDMI, composite and SPDIF inputs. 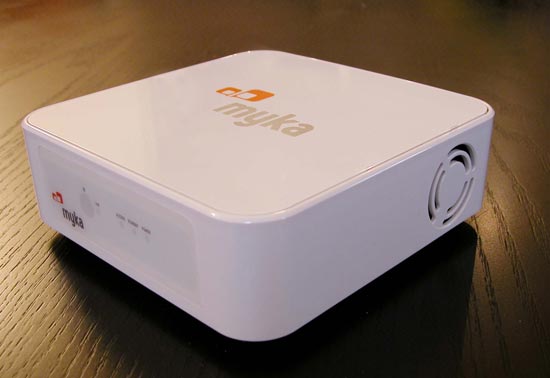 As well as having a built in BitTorrent client, you can also install your BitTorrent client of your choice, and it may have support for Netflix in the futute, check out this video of it in action below.

The Myka open-source media player is available now from Myka.