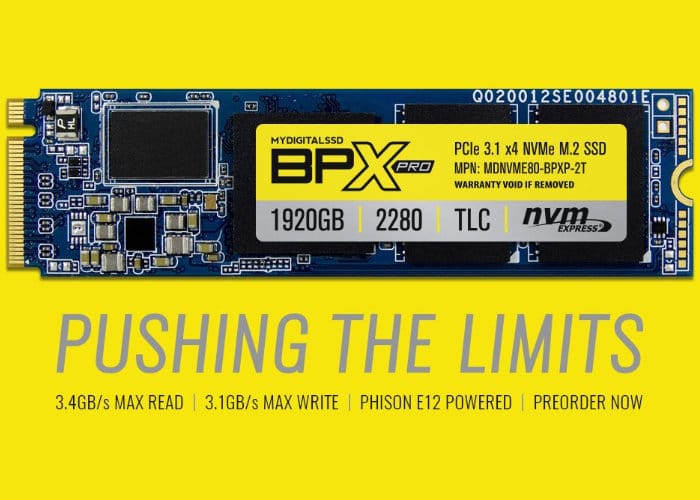 Anyone in need of an affordable PCIe solid state drive (SSD) looking to upgrade their on-board storage capacity, may be interested in a new announcement by MyDigitalSSD. Who have created a new Bullet Proof eXpress (BPX) Pro PCIe 3.1 x4 NVMe M.2 2280-S3-M SSDs which is now available to purchase priced at $279.99.

Thanks to the inclusion of Phison’s new E12 flagship controller the BPX Pro SSD has been designed to provide a solution for enthusiasts and professionals, while competing with the likes of the Samsung 970 SSD at a more affordable price point.