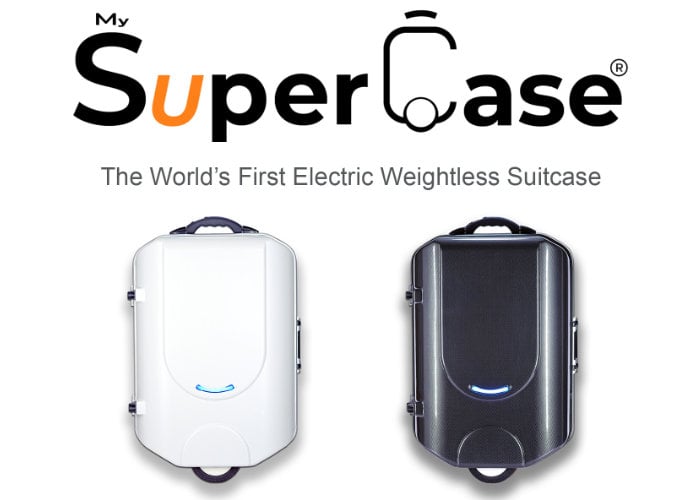 London – August 2019 – My SuperCase has announced the launch of the world’s first electric weightless suitcase for leisure and business travellers. With superior mobility, convenience and added smart features, this extraordinary suitcase along with its signature design truly places itself above the rest. My SuperCase is available now with special rewards for the lucky early adopters. 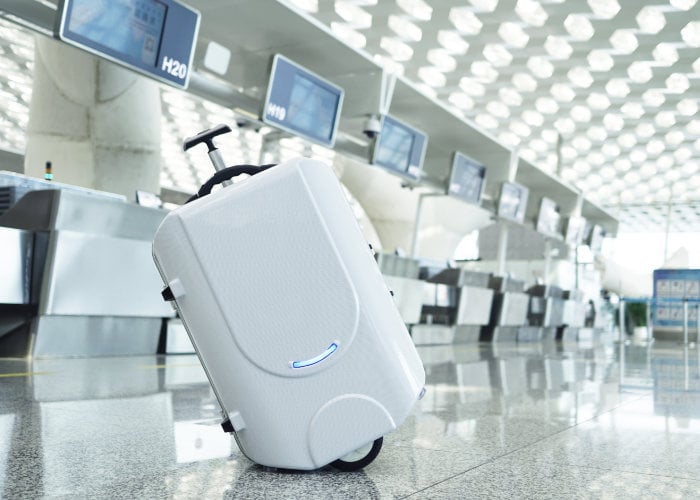 All travellers agree that dragging and pushing heavy luggage is the most painful experience during their travels and this is where My SuperCase comes in! It features a patented “Electric Weightless System” within a “U-Shaped side forward design” that achieves the “weightless effect” like magic. When powered on, the system activates the motors which drive the centre of gravity of the suitcase body to near zero of the rotation axial, naturally shifting all the weight away from the user’s hands and onto the motor wheels.  This means it glides weightlessly across terrains up and down a slope effortlessly.

My SuperCase has advanced sensors that synchronize speed with the motion of the user in real-time. So, it will automatically adjust the speed and power when moving from flat ground to uphill or downhill slopes. My SuperCase makes moving with a fully-loaded suitcase feel as light as a feather. U-Mov Fully Loaded = 28Kg (Max)

The E-Weightless system is also engineered to run on large puncture-proof rubber tires that use an air-trap hollow design to eliminate flats and absorb impacts and bumps. The result is unparalleled mobility for travellers, allowing them to move with ease through crowds on smooth surfaces as well as common surfaces encountered during travels. The suitcase also includes a safety feature that automatically stops moving when the handle is released. 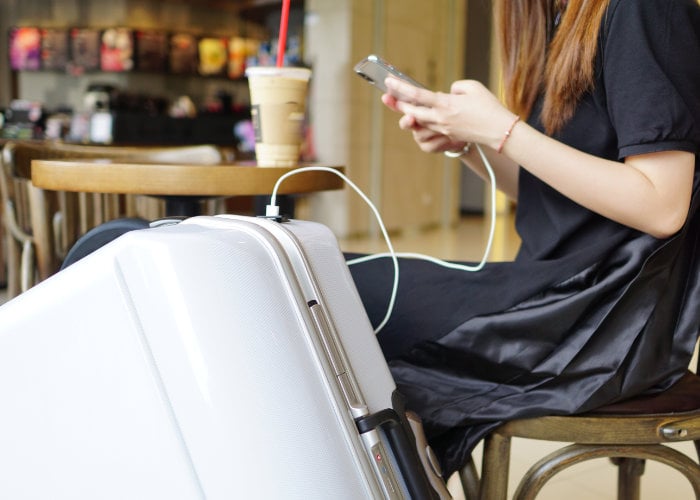 The modern, contemporary U-Shaped design looks great and has the performance to match. Its durable aluminium frame and tough polycarbonate case are designed to work with the E-Weightless system to eliminate dragging by moving forward on its side. This suitcase is one of a kind that cannot be compared with the others. 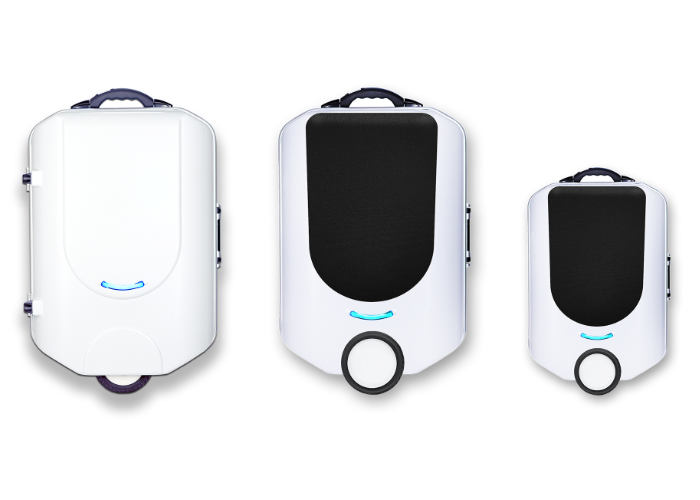 “Our goal was to create the most effortless, user-friendly electric luggage possible. From the technology, the case, the wheels, the operation and all the other finer details were all uniquely designed to achieve this goal. This special design created a device that is easy to operate for people of all ages, safe, practical for real-life commutes while making the luggage weightless during operation. I am proud to say that we stayed true to our goal with this special suitcase, a suitcase that benefits all travellers and without a doubt changes the way people travel for now on.” Martin.F, CEO and founder of My SuperCase. 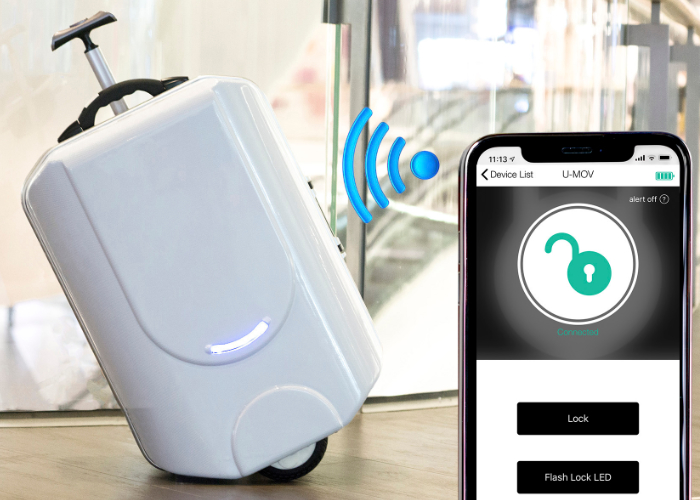 My SuperCase is powered by an IATA & FAA approved removable battery pack, which is safe to board on any aircraft as accordance with airline regulations. it can also be used as a reliable mobile power bank. 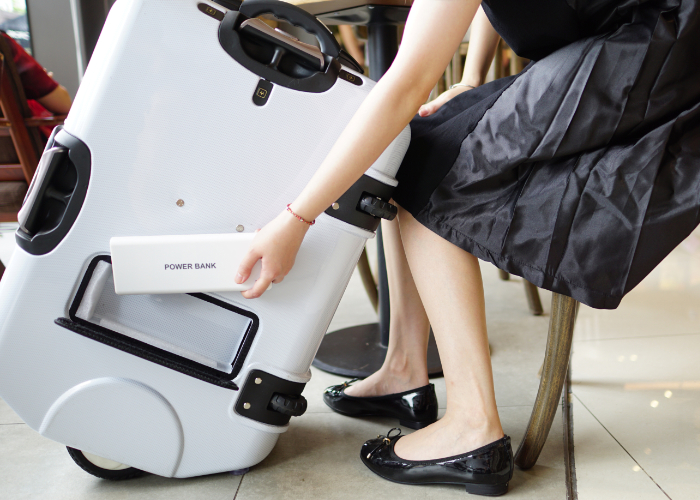 Additionally, My SuperCase has added features for the digital traveller. It includes a fingerprint lock and Bluetooth auto-lock with GPS Tracker (Base on model) allowing travellers to rest at ease knowing their belongings are safe. The GPS tracker works with both Android and IOS smartphones and can accurately locate the suitcase. 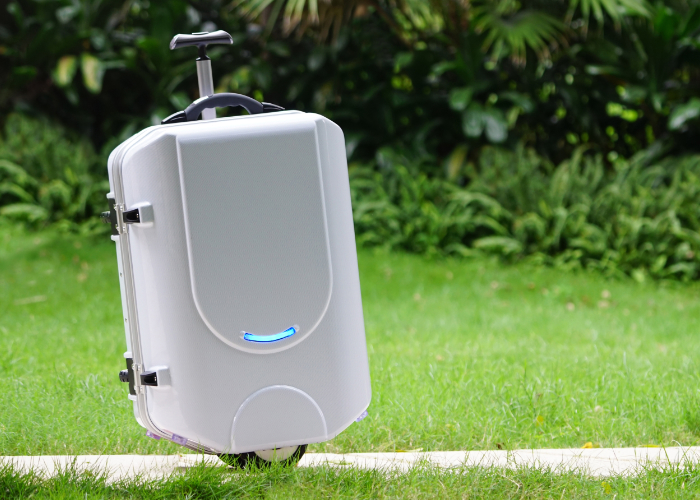 Starting today, users can now benefit from the world’s first suitcase of its kind with the release of My SuperCase. Presales available to the public with special pricing for early adopters. Learn more here.