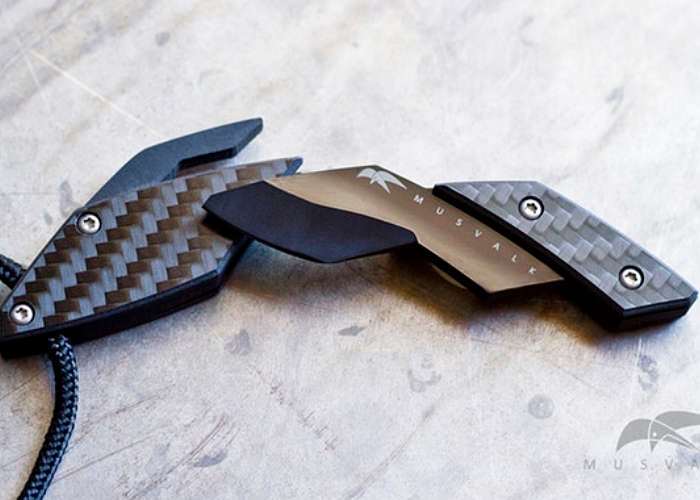 Sander Bakker from SplinterSeed has designed and created a very unique cutting tool which is being constructed from materials more commonly found in spacecrafts.

Musvalk is a small cutting tool crafted using advanced ceramics, titanium and carbon fibre to create a keychain -sized cutting tool that can be used for a wide variety of different applications and is always handy.

Designer Sander explains more about the inspiration behind the Musvalk and its construction:

As a designer I am always curious about exotic materials and how to use them effectively in my work. I happen to live in a very unusual neck of the woods where this fascination is nothing odd. Tucked away in a corner of the Mojave desert in California lies a little village where space travel is the talk of the town…every day of the week. It is where Richard Branson is developing his space program today.

Fierce, yet small and elegant. The smallest bird of prey in the order of falcons is called the Musvalk, in my native Dutch language. This creature perfectly embodies the knife I just created, which is why I chose its name to represent this knife and hopefully more knife designs in the future.

Musvalk is now available to back via Kickstarter with early bird pledges starting from just $32 and delivery expected to take place during December 2017. For full specifications and more information jump over to the official Kickstarter campaign page via the link below.