If you are one of those people that likes to read the lyrics to songs, but would prefer not to have to search for them on the Internet. You might be pleased to know the new musiXmatch iOS application has launched this month and now brings song lyric support to both iTunes and Spotify. Providing you with access to 5.6 million officially licensed lyrics.

Dubbed as the IMDB for song lyrics by Tech Crunch the musiXmatch application has been downloaded over a one million times and is already available on other platforms including Android, Symbian, and Windows Mobile. 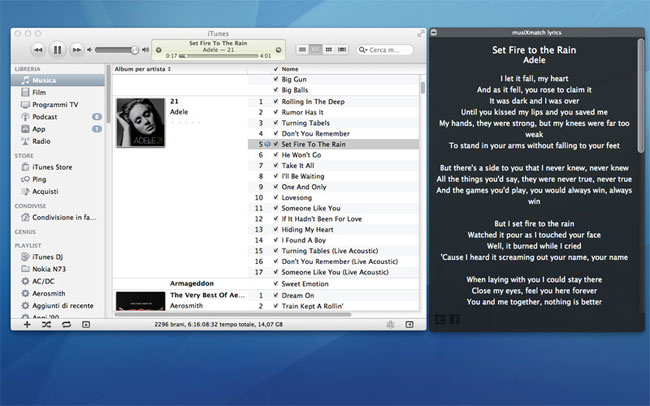 musiXmatch currently has a database of  5.6 milion lyrics catalogue, daily updated with more than 500,000 artists and more than 11 million music tracks. The new musiXmatch iOS app can now be downloaded directly from the Apple Mac App Store for $4.99 and provides lyrics localised for 18 countries.