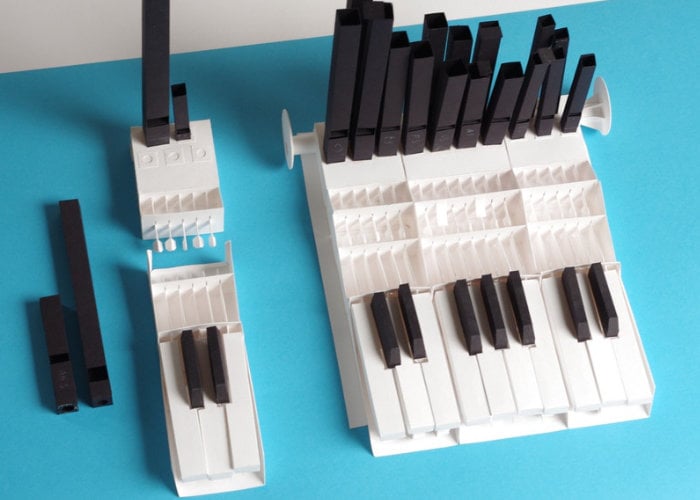 If you enjoy building projects with your hands you may be interested in a modular paper organ which launched via Kickstarter last month. The DIY kit offers a chance to build the world’s first modular paper organ and contains all the elements you require with full instructions. Watch the demonstration video below to learn more about the paper organ designed by inventor and creative mind Wolfram Kampffmeyer.

“Wolfram studied Computer Animation at Filmakademie Baden-Württemberg 2005-2011 and graduated with his award-winning animated short “Wallflower Tango”. In 2010 he invented “Paperwolf”, under which he designs and sells polygonal paper animals as DIY-kits world-wide. Soon it launched through like a rocket inspired many artists from different branches, was featured on world-wide known pages like BoredPanda and ThisIsColossal. With countless ideas in his mind, from time to time something new is born. Now it’s time for the PAPERorgan.”

To learn more about the different modules available for the paper organ jump over to the official Kickstarter project page by following the link below. Earlybird pledges are available from €30 or roughly £26 for the bare bone five note organ element. Worldwide shipping is expected to take place during January 2020 to backers.