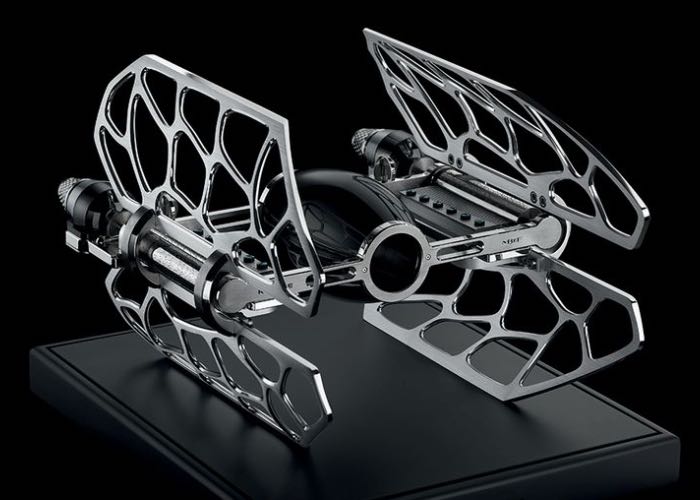 Star Wars fans but are looking for something very unique to adorn their home or office and have a spare $18,000 burning a hole in their pocket. Maybe interested in this musical box TIE Fighter called the MusicMachine 3.

MusicMachine 3 has been inspired by the imperial TIE fighter from the movies and is capable of playing a number of different theme tunes from movies such as Star Wars, Mission Impossible, and James Bond.

As well as The Godfather, Merry Christmas Mr. Lawrence, and The Persuaders, watch the video below to learn more and listen to the tunes. 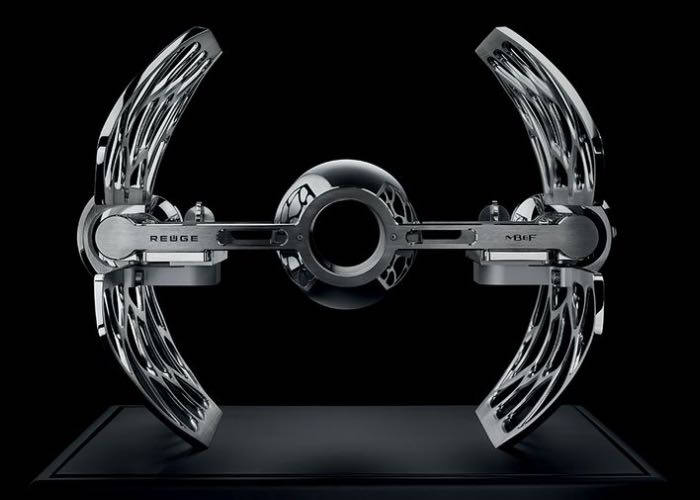 MM3 may appear to come from a galaxy far away in the future; however, its origins are much older and much closer to home. MusicMachine 3 features all of the traditional elements of a beautifully arranged, high-end mechanical music box. This should come as no surprise as it was developed and crafted according to MB&F’s design by Reuge, the Swiss music box manufacturer with 150 years of expertise and experience.

The music is powered by two independent movements mounted on the two tail sections. The side wings play a vital role in propagating sound vibrations down from the combs to the naturally amplifying resonant base, manufactured by JMC Lutherie.