Playfully dubbed the X-Muppets, the graphic below is a work of tribute art by this Razzah fellow to commemorate Jim Henson’s passing. The Muppet Master died exactly 21 years ago and continues to be missed. The world of cinema and children’s entertainment was left  a lot poorer when he left us. Who knows what kind of awesome movies and characters he would still have created if he only lived a little longer? Anyway, just feast the eyes on the pic below. 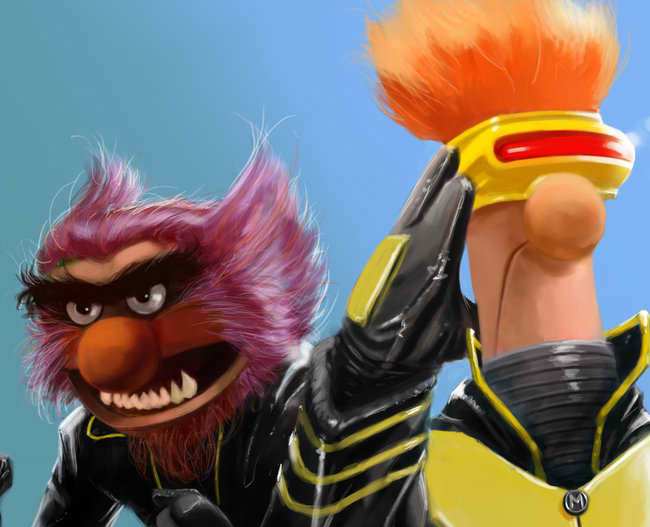 While we’re looking forward to X-Men First Class like everyone else, we can’t help but feel nostalgic about the impact X-Men had on our early years. People who were of age or growing in the 90s had the most awesome X-Men animated series ever with a classic soundtrack to boot. Together with G.I. Joe, Thundercats, and the original Transformers series much earlier, 90s TV rocked harder than today. But muppets are cool too.

By the way, this is our bad, but which muppets are dressed as Wolverine and Cyclops in the graphic? Please name them in the comments section below.