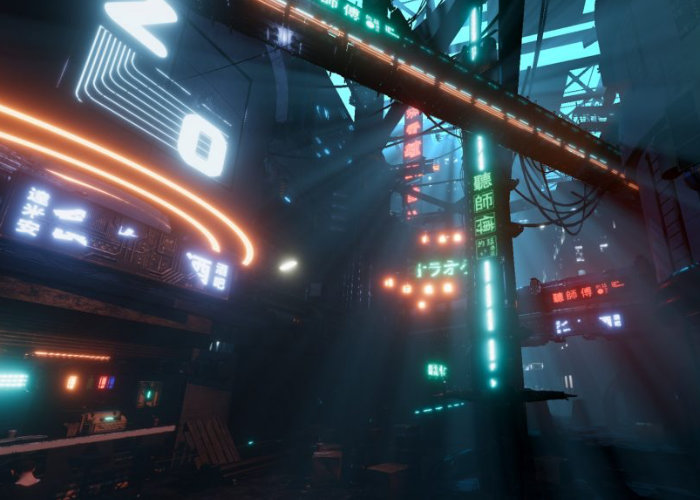 Like a holodeck program, the player is free to explore the city, further narratives, or just hang out in the arcades and back alleys spending their hard earned credits. Its creators explain a little more about what you can expect from this next-generation multiplayer game created especially for virtual reality systems.

“LOW-FI is the street name given to those who cannot merge with The Platform, a ubiquitous virtual reality simulation where most of the population now live their lives. You are a low-fi police officer that has recently been transferred to a particularly crime ridden section of city-block 303. The only inhabitants of note in your jurisdiction are other low-fi, and human intelligence (or below) artificial life forms who have remained among the citizens after the AI singularity.”

Features of the virtual reality game include :