Back in November we featured a Multi-touch glass keyboard and mouse that had been designed by Jason Giddings and David Rogers, the pair were trying to raise $50,000 via Kickstarter to put the device into production.

It turns out that they managed to raise over $140,000 for their project, and have now shown off a prototype of the keyboard at this years CES, which you can see in the photo below. 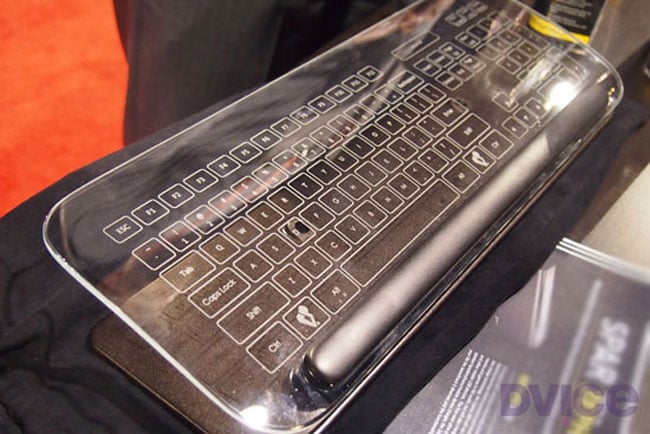 The Multi-touch glass keyboard is made from tempered glass and it features a solid metal base, it can connect to your computer via USB or via Bluetooth.

The keyboard works when an infrared LED projects a light onto the surface of the device, and IR camera then picks up your key presses and sends the information to the computer.

It has no moving parts, which means it should last a lot longer than standard keyboards, and is fully customizable, as you can print out your own keyboard layout to be placed on the glass surface.

According to the developers of the glass keyboard, they have had interest from both Microsoft and Lenovo, and the first models should be available within the next three months.