One of the most popular gadgets this year seems to be tablets, with manufacturers launching new models on an almost daily basis, the latest company to unveil a tablet computer is MSI. 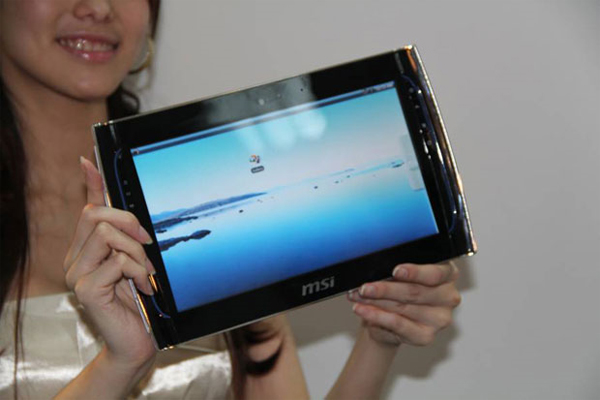 The MSI WinPad 100 comes with Microsoft Windows 7 Home Premium, and it features a custom user interface that MSI called the Wind Touch UI. There are also two USB ports, HDMI out, a web camera.

MSI have said the the WindPad 100 will go on sale later this year and will retail for around $500.