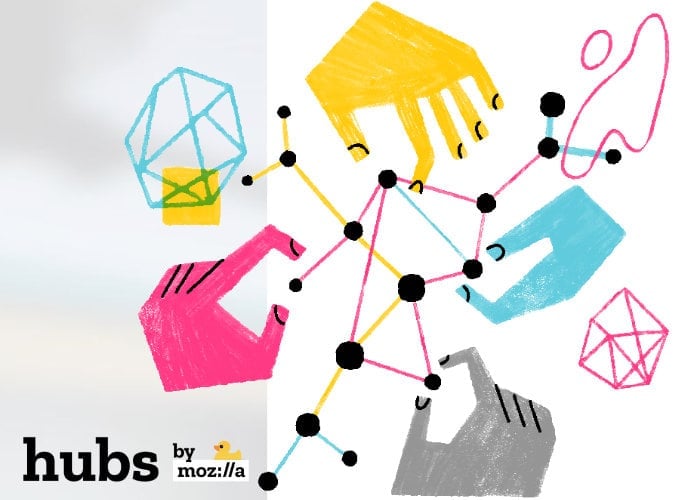 Mozilla is currently in the process of preparing to launch a new virtual reality service called Hubs, offering a first step towards an “open web-based metaverse”. Mozilla Hubs developer Greg Fodor has published a recent article explaining how “a global metaverse is most likely to succeed if it’s a genuine part of the Web”.

“Welcome to Hubs, an experimental, VR-friendly platform that was created by the Mozilla Mixed Reality team. Hubs is a tool for communicating and collaborating privately, and allows you to connect with people and bring in resources from around the internet for your meetings and virtual events.”

The aims and features of Mozilla Hubs include :
– Create an easy-to-use avatar communication tool for mixed media, globally addressable spaces
– Create easy-to-use tools for creating 3D environments and avatars
– Build it to run in the browser, and embrace the culture of the web
– Open source all the code
– Make it cheap and easy for anyone to run their own decentralized server

To learn more about the Mozilla Hubs service jump over to the Road to VR website and Greg Fodor’s master plan article via the links below.