Mozilla has released a new tool for developers this week, which has been designed to enable the ability to to install an .xpi extension inside of a desktop version of Firefox and check it out.

The new Mozilla Firefox OS Simulator has been named “r2d2b2g”, or b2g for short and once its installed you will then see a dashboard allowing you to run the new browser simulator. 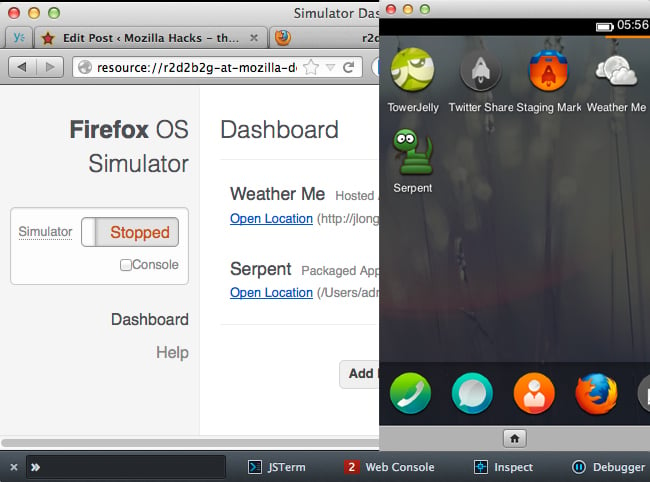 “The Firefox OS Simulator was introduced in a Hacks post last month as r2d2b2g, a prototype Firefox add-on that makes it really easy to install B2G on your Windows, Mac or Linux computer. B2G is undergoing heavy development, and the Firefox OS Simulator makes it easy to stay up-to-date (the 1.0 release will automatically update… for now, it’s a simple install that doesn’t require restarting Firefox).”

The Mozilla Firefox OS Simulator has been created to provide developers with an easy way to test and develop Firefox OS apps today and to verify how they’ll look before being submitted to the Marketplace. For more information jump over to the Mozilla Hacks blog post.