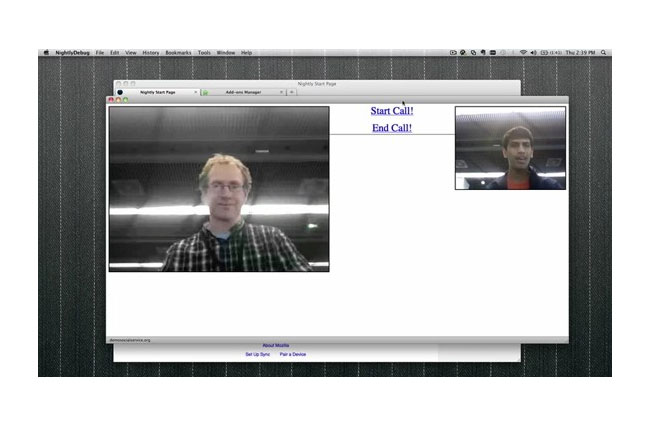 The new browser based video chat system, is completely based on javascript and other open standards technology. Using the WebRTC a part of the developing HTML5 standard, the Mozilla team has been able to create real-time services within their Firefox browser, including file sharing, voice calls and video calls right in the browser.

But don’t expect the new features to arrive in the public release of Firefox just yet, as the partial implementation of WebRTC will only come to Firefox’s experimental nightly builds during the next quarter, and WebRTC is still under heavy development itself.