The other day we showed you a video from Apple where Apple claimed that the Motorola Droid X experienced similar reception issues to the iPhone 4 if it was held in a certain way.

Now Motorola has hit back at Apple with a full page advert in the New York Times, with the title ‘No Jacket Required – The Droid X by Motorola, you can see the full advert below on the second picture. 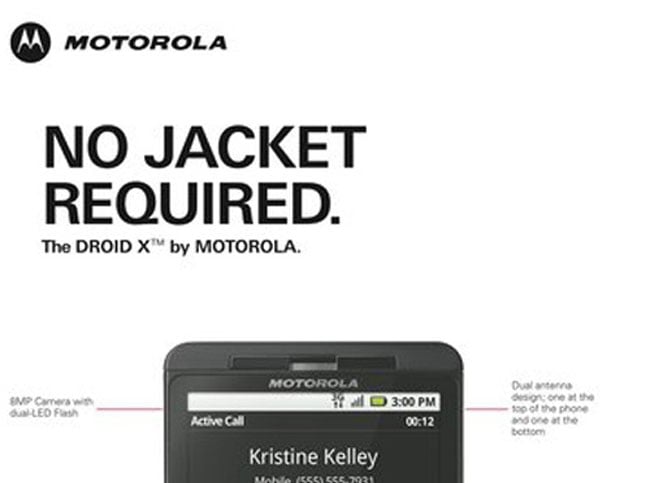 At Motorola, we believe a customer shouldn’t have to dress up their phone for it to work properly. That’s why the DROID X  comes with a dual antenna design. The kind that allows you to hold the phone any way you like to make crystal clear calls without a bulky phone jacket. For us it’s just one of those things that comes as a given when you’ve been making mobile phones for over 30 years. 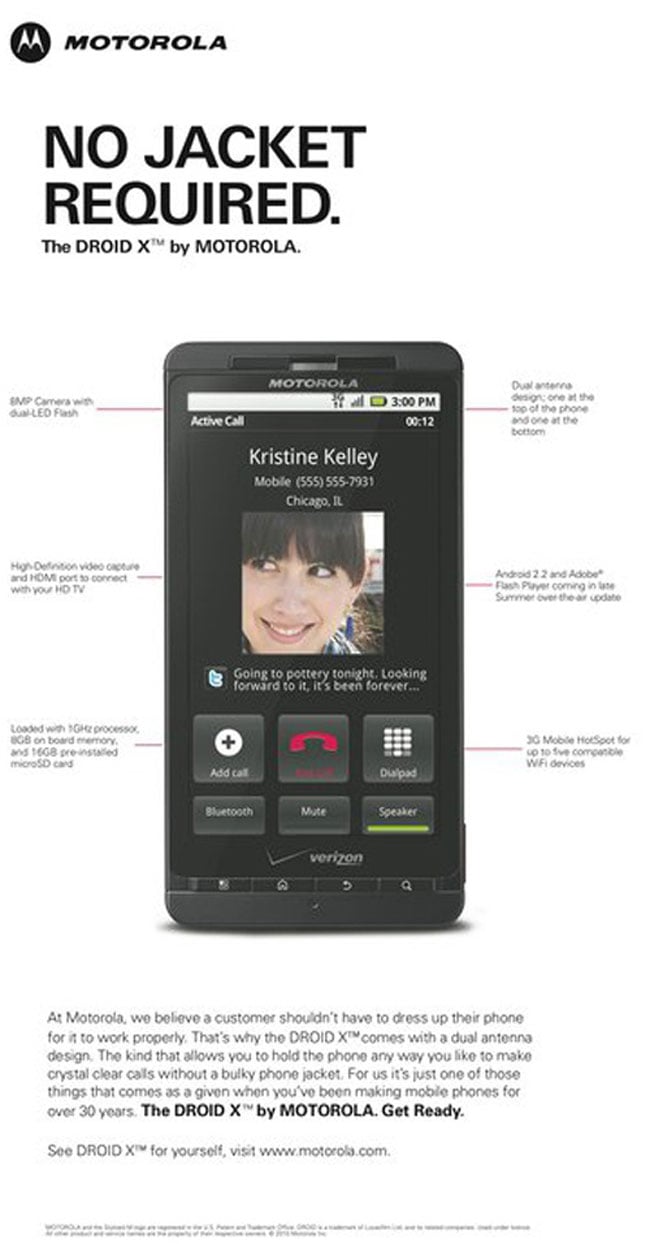 No doubt we will have some sort of response from Apple within the next few days, maybe mobile phone manufacturers  should spend more time working on some new antenna designs, and less time on these so called clever marketing campaigns.