Last month, the Google-owned company reduced the price of the Moto X on-contract to $99.99 on all major carriers. You can find it a little cheaper than $100 on some retailers as well. Motorola also sell an unlocked version of the handset, the developer edition which comes with an unlocked bootloader.

Previously, the developer edition Moto X was priced at a whopping $649.99, but it seems Motorola decided to slash its price to $549.99, a saving of $100. The price is slashed for both the GSM version which supports AT&T and T-Mobile, as well as the Verizon Moto X. 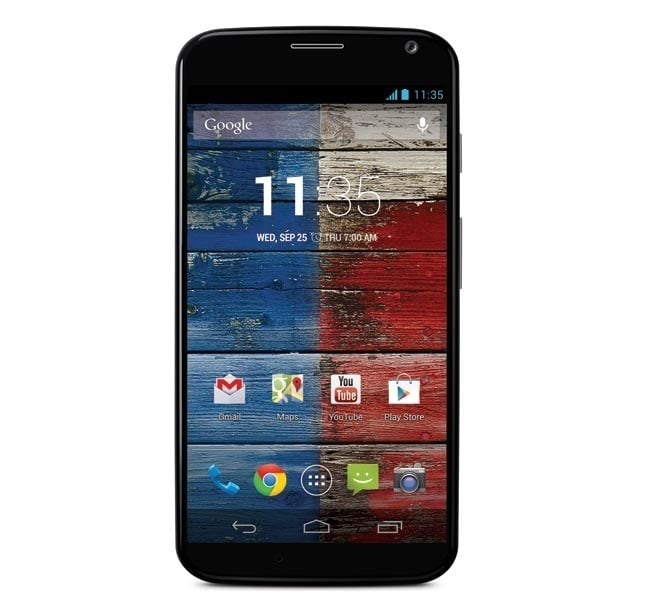 The developer edition Moto X has the same set of specifications as the normal variant, except the unlocked bootloader. The handset comes with a 4.7-inch AMOLED display sporting a resolution of 1280 x 720 pixels, a dual-core 1.7GHz Snapdragon S4 Pro processor with Motorola’s X8 Mobile Computing System and 2GB RAM. The developer edition comes with 32GB storage onboard, but doesn’t feature a microSD card slot. However, it does come with a 50GB free Google Drive storage for two years. 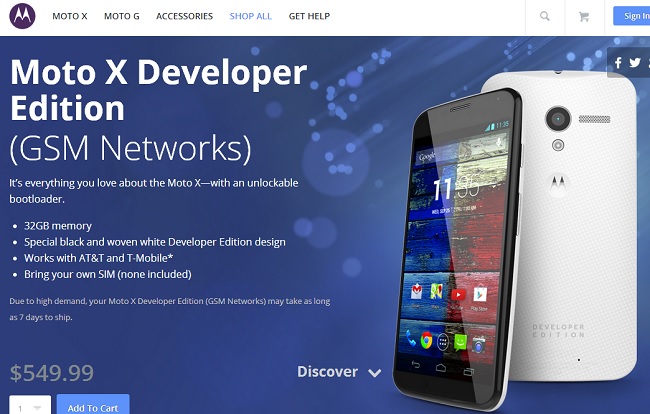 Other features include a 10MP ClearPixel camera, 2,200 mAh battery, Bluetooth 4.0, WiFi and  runs Android 4.2.2 Jelly Bean out of the box. Motorola also confirmed its flagship handset will get the treat of Android 4.4 KitKat in the coming months.

Motorola is also expected to launch an affordable Motorola Moto G, which will be announced at a press event on November 13th.