Moto X may not be the cheapest phone available in the market. It costs $199.99 with a two-year agreement, which may sound a little high as customers can easily get a smartphone with better specifications for that price. Earlier this month, several retailers reduced the price of the highly customizable Moto X to $99 with a two-year contract. Now, it seems that Motorola decided to slash the price of Moto X to $99 on-contract when bought via Moto Maker. 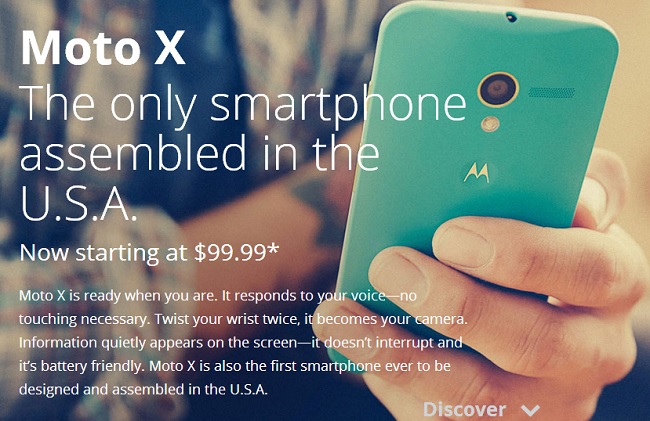 In addition Sprint and US Cellular also reduced the price of the Moto X to $99.99 with a two-year agreement. Even if you visit the Moto Maker website, you wil be greeted with a $99 price tag for the AT&T model. US Cellular is also offering users a $75 if they opt for a new line and port their phone number to the carrier, bringing the cost of the handset down to $24.99. Now, this is a deal worth going for if you can bear on its network.

On the other hand, the 32GB version is also down to $149.99 on-contract. The Big Red — Verizon Wireless — is still offering the handset at the same old $199.99 on-contract price. Unfortunately, the black and white ready to ship Moto X is still available for $199.99 with a two-year contract. This sounds a little strange as the customized model costs $100 less than the usual colors.