It looks like Motorola may be about to release a new Android smartphone, the Motorola RAZR HD, which according to the guys over at Brief Mobile has started to appear in some third party Cellbrite systems, as you can see in the photo below.

The Motorola RAZR HD is rumored to come with a 4.6 inch HD display, probably with a 1280 x 720 pixel resolution, plus a dual core 1.5GH Snapdragon S4 processor and 1GB of RAM. 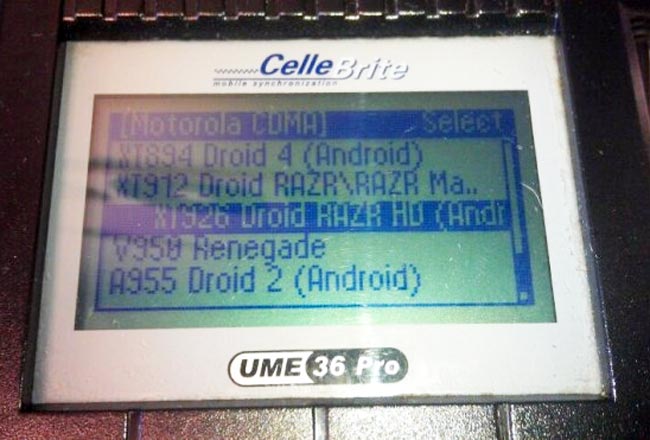 Other specifications on the Motorola RAZR HD include Android 4,0 Ice Cream Sandwich, plus a 12 megapixel camera, the device may also come with the same 3300 mAh battery that is found in the RAZR Maxx.

All these specifications have yet to be confirmed by Motorola, as soon as we get some more information, along with a picture of the actual device we will let you guys know.