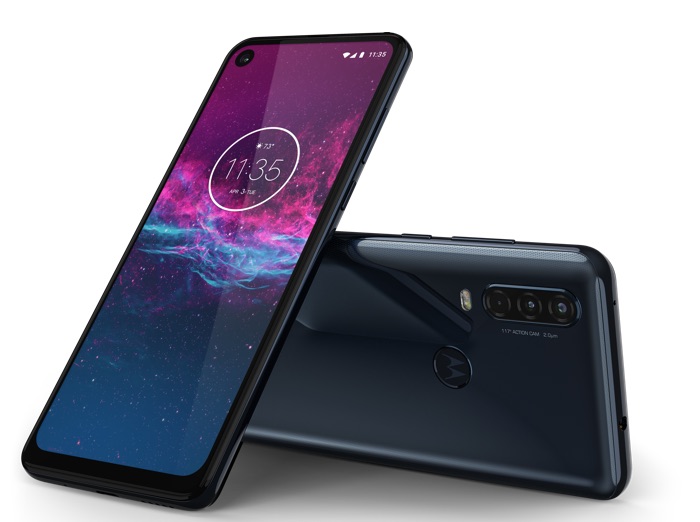 Motorola launched a new smartphone last week, the Motorola One Action, we have already seen some press renders of the handset and now we have more information on the device.

The Motorola One Action comes with a 6.3 inch display that has a FHD+ resolution of 2520 x 1080 pixel, the handset comes with a Samsung Exynos 9609 processor and 4GB of RAM.

For storage the device is equipped with 128GB of built in storage, plus a microSD card slot which can take up to a 512GB card.

The Motorola One Action is equipped with a 3500 mAh battery and it comes with Android 9.0 Pie, the handset will retail for €259, it is launching in Brazil, Mexico and Europe this month. It is also coming to the US and Canada in October.