It looks like we have some more details on the new Motorola Moto X, the following photo of the SIM card tray for the Moto X was posted online buy GSM Insider, and the handset will apparently come with a Nano SIM card slot.

Apple was one of the first companies to use the Nano SIM card with the launch of the iPhone 5, and now it looks like Motorola will also use a Nano SIM card in the Motorola Moto X. 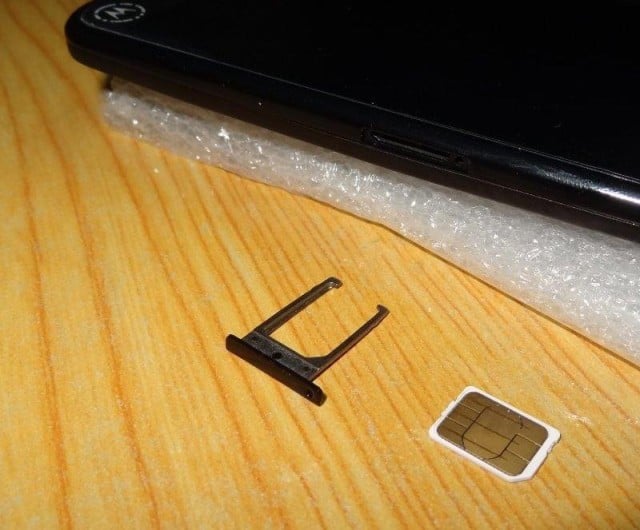 Other specifications on the Moto X will include an advanced 10 megapixel camera, 2GB of RAM and 16GB of built in storage. The Moto X will be made official at a press event tomorrow in New York.