The Motorola Def+ JCB edition shares many of the features of the original handset, although this new version now comes with a rugged casing and it is also waterproof , dust proof and shock like the previous model. 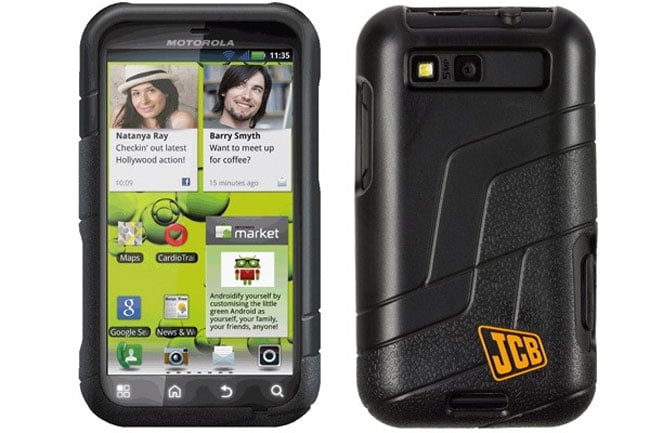 Hardware wise the Motorola Defy+ JCB edition features a 3.7 inch touchscreen display with a resolution of 854 x 480 pixels, the screen is covered in Gorilla Glass.

Processing is provided by a single core 1GHz processor and it also features a 5 megapixel camera with an LED flash and auto-focus, there is 2GB of built in storage, plus a microSD card slot.