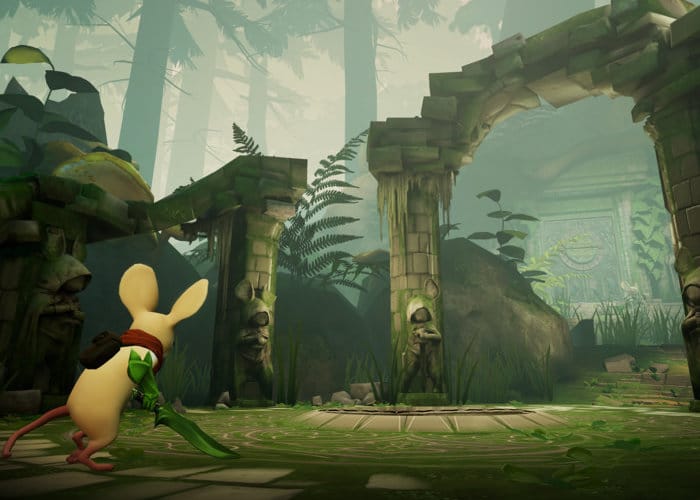 Tam Armstrong Game Developer and Co-Founder of games development studio Polyarc have today taken to the official PlayStation blog to reveal more details about the upcoming virtual reality adventure, Moss. Moss will be officially launching on the PlayStation VR platform in a few days time and will be available to play from February 27th, 2018 onwards.

Moss is a single player action-adventure puzzle game, constructed specifically for virtual reality. Within the VR adventure players take on the role of Quill a tiny mouse, watch the launch trailer below to learn more about the storyline you will undertake in this unique VR adventure game.

“A mysterious Glass Relic awakens ancient magic. A distant evil extends its reach. The unlikely hero Quill is called on an epic journey—will you stand by her side?” Tam explains that the development team wanted to take “the core of what makes a game great and bring it to life with the magic of VR”.

Moss is now available to preorder and will be exclusively launching on the PlayStation VR platform. For more information and to preorder your copy and unlock the exclusive PlayStation Theme and Avatar jump over to the game’s official website by following the link below.