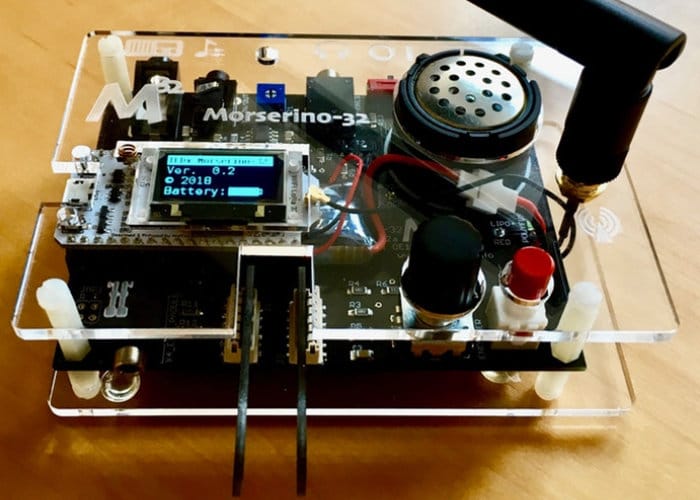 Morserino 32 is a new multifunctional Morse code machine specifically built for anyone wanting to learn Morse code or improve their Morse code skills. Watch the demonstration video below to learn more about the system which has launched by a Kickstarter and already raised its required goal with still 12 days remaining on its campaign.

The development team behind the Morserino 32 explain more about its creation and features.

“This kit will change how people learn and practice Morse code. Based on a previous device (the MetaMorserino) and on the experiences of CW Schule Graz, Morserino-32 features a number of functionalities that are, in its combination, unrivalled by any other morse code practice device on the market”

“It comes with capacitive touch paddles, so you can start learning and practicing without the need to buy an expensive mechanical paddle. But of course, once you have learned the basics and are on your way to the High Speed Club, you can of course connect your favorite mechanical paddle.”

The Morserino 32 is now available to back with early bird pledges available from €64 or roughly £57 and worldwide shipping expected to take place during February 2019. For more information and details jump over to the official Kickstarter campaign page by following the link below.