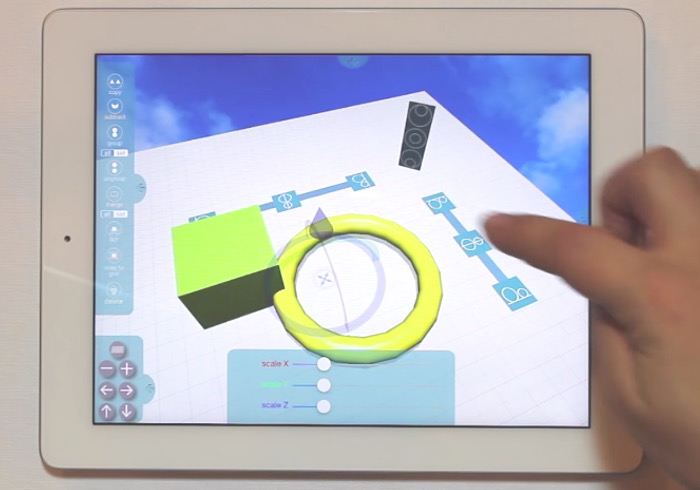 A free iOS 8 iPad app has been launched this week called Morphi 2.0 that has been designed to provide an easier way to create 3D drawings on your tablet device and easily print them on a 3D printer.

The latest release of the Morphi iOS application builds on the technology that was included in the original application that was unveiled back in the middle of last year, and has now been tweaked to support Apple’s iOS 8 operating system and Metal.

Features within the latest Morphi iPad application include the ability to upload your designs directly to the Thingiverse library, as well as merge and group objects together. Watch the video below to see the new Morphi 2.0 iPad app in action and just how easy it is to create 3D drawings that can then be 3D printed at your leisure from your own 3D printer or using online services such as Shapeways.

“Designed and updated Morphi 2.0 specifically for iOS 8 using Metal. Major new features such as the Draw button, the Clipboard button, the Settings button (with customization for 3D printer build volume) and direct export to Thingiverse.com from the Gallery. Enhanced existing features such as the Alignment tools, the Ruler, the Rotation arcs, the Up/Down Arrow. General updates and bug fixes.”

For more information on the new Morphi 2.0 app and to download a copy jump over to the iTunes App store website for details.