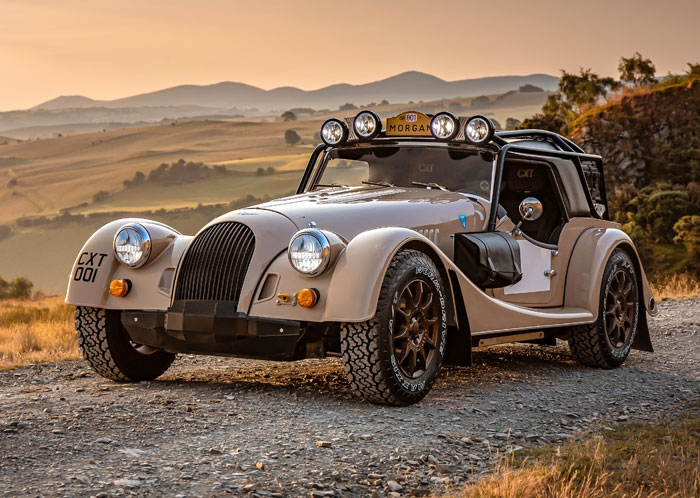 The Plus Four CX-T is built on the CX-Generation platform launched in 2019 and underpins other models in the series. Morgan partnered with a company called Rally Raid UK, which is a company known for building Dakar race cars for the project.

The conversion involved fitting upgraded suspension, underbody and occupant protection, and a bunch of specialist equipment. The result is a vehicle that looks very cool and has legitimate all-train capability. Morgan plans to build only eight Plus Four CX-T models priced at £170,000 plus taxes.