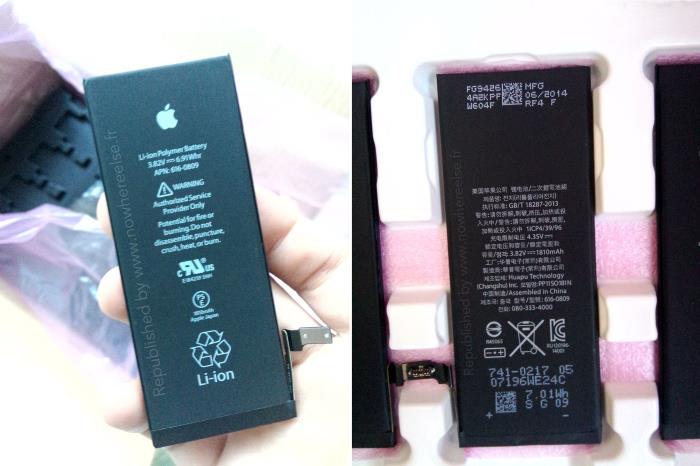 In the past few weeks, we’ve seen countless number of rumors about the alleged iPhone 6, revealing information about the internals of the device, to the looks it will launch with.

Over the weekend, we saw some leaked iPhone 6 images showing us the display panel as well as the battery for both iPhone 6 models — 5.5-inch and 4.7-inch. If you have any doubts left, the folks at NWE posted some more images of the 1,810 mAh battery which is expected to be a part of the 4.7-inch iPhone 6.

It’s considerably bigger than the iPhone 5S which sports a 1,560 mAh battery, but it will be interesting to see if it can deliver a decent battery time since Apple is expected to bump the screen size to 4.7-inch. The 5.5-inch model is expected to come with a decent 2,915 mAh battery, but as we told you before, these are rumored specifications, not something coming from the Cupertino giant itself so a grain of salt is recommended.

Apple is expected to launch the iPhone 6 on September 9th at a press event, which is yet to be officially announced by Apple. The company has not confirmed it, but several reputed publications who have been spot on before suggest the unveiling will take place on the above mentioned date.

Apart from the bigger display, the alleged iPhone 6 is expected to feature an A8 processor, 1GB of RAM, an improved camera and Touch ID sensor, sapphire glass display at least for the high-end models, and should come with iOS 8 as its operating system.