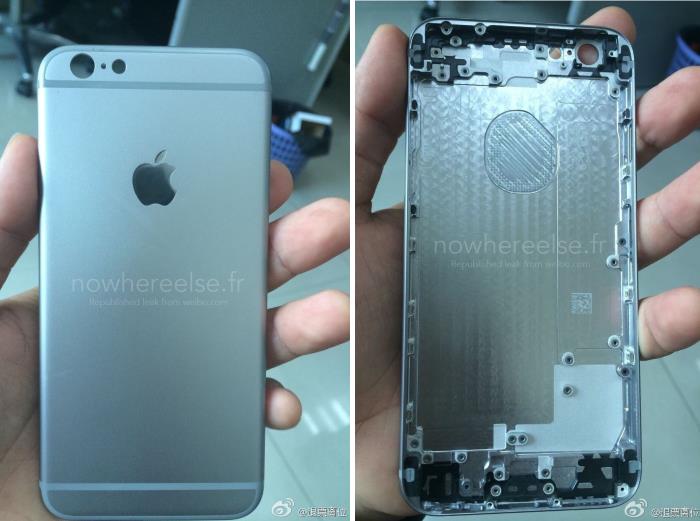 Some high resolution images of what appears to be a 4.7-inch iPhone 6‘s rear shell have surfaced, giving us a glimpse of how the finished back of the alleged iPhone 6 will look like.

There are no changes in terms of design — it looks similar to what we’ve already seen in countless number of leaks in the past few months.

Rumors suggest Apple is working on two new iPhones carrying a larger display. One of them features a 4.7-inch display while the second one is expected to come with a 5.5-inch. Apple has scheduled an event on September 9th, where the company is expected to take the wraps the highly rumored iPhone 6.

Reports hint that Apple will only launch the 4.7-inch iPhone 6 at the event, along with the 8GB iPhone 5S and the highly anticipated iWatch. The 5.5-inch iPhone 6 exists, but it may not see the light of the day next month. It could launch by the end of this year since Apple is reportedly facing production issues with phablet sized iPhone 6.

The alleged iPhone 6 is said to come with an A8 processor, an improved camera and Touch ID sensor, a bigger battery and will run iOS 8 as its operating system.

Stay tuned and mark your calendars for September 9th, we’ll update you as soon as we get any other information.