Monster has announced a new 7 inch Android tablet, the Monster M7 which will come with a 7 inch HD display with a resolution of 1280 x 800 pixels.

The Monster M7 will be powered by a 1.5GHz dual core processor and will also come with 1GB of RAM and 16GB of built in storage, plus a microSD card slot for expansion. 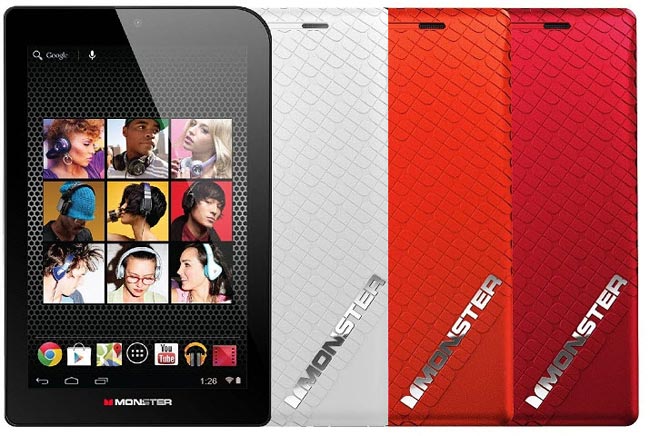 Other specifications on the Monster M7 include Bluetooth 4.0, WiFi, Mini HDMI and GPS, the device will feature a 5 megapixel rear camera and a front facing 2 megapixel camera.

The Monster M7 tablet will be sold through Walmart in the US and it will retail for $149, the company is also working on a 10 inch tablet which will be called the Monster M10.