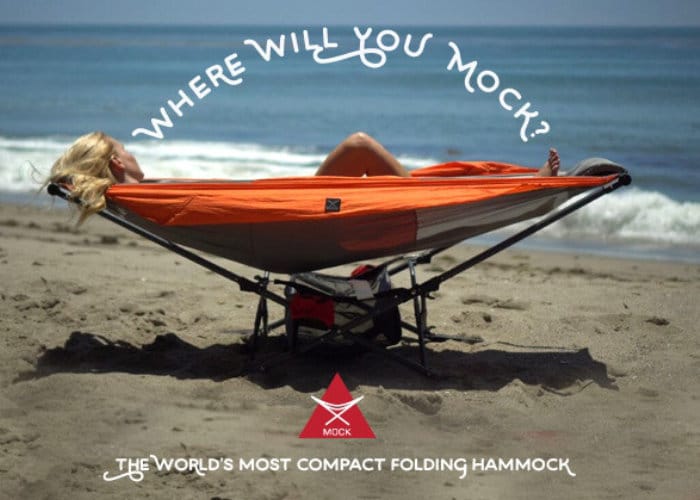 The Republic of Durable Goods has created a new compact folding hammock named the Mock ONE which it has successfully launched via Kickstarter thanks to over 600 backers who have helped the company raise over $147,000 with still 20 days remaining on its campaign.

Marketed as the world’s only compact folding hammock the Mock ONE is available to back via Kickstarter with earlybird pledges available from $150 or roughly £150. If all goes well with production worldwide delivery is expected to take place during December 2018. Watch the demonstration video below to learn more about the folding mechanism within the hammock which helps it become so compact and easily transportable.

The development team explain more about the Kickstarter campaign and manufacturing process. “We have established relationships with manufacturing, fulfilment, and distribution partners with years of experience in the online marketplace. We have finalized the design, materials, and components of the Mock ONE and all of the Mock Accessories. We will closely oversee the tooling and assembly during production to make sure the product amazes and impresses you when you receive it. We can’t wait to get this product into your hands to see where you will mock.” 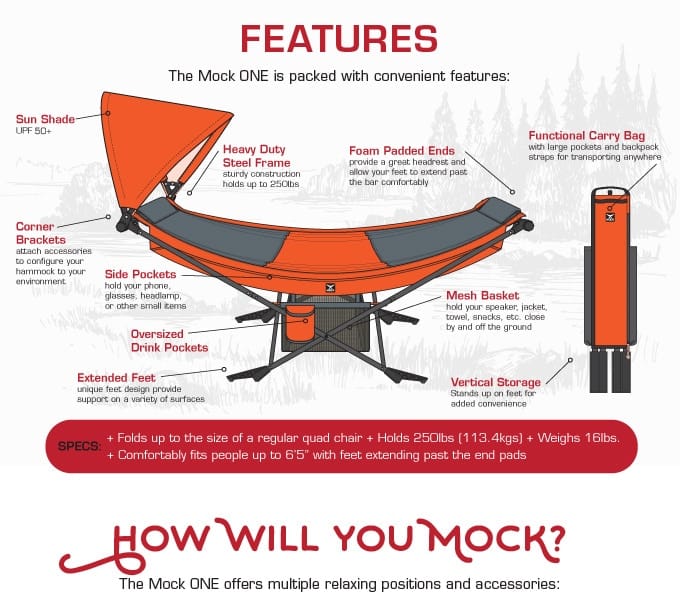 For more information under full list of all available pledges jump over to the official Kickstarter crowdfunding campaign page by following the link below.