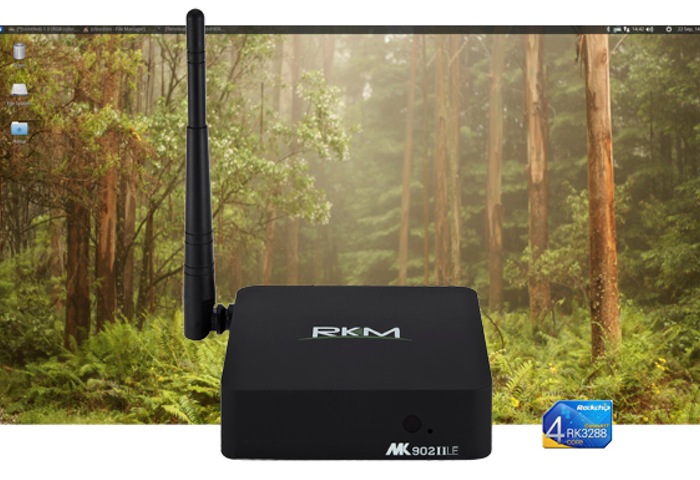 Anyone looking for a mini PC capable of running Linux Ubuntu might be interested to know the Rikomagic MK902 II LE Linux Edition mini PC is now available to purchase with prices starting from $179.

The Rikomagic MK902 II was originally designed to provide users with a TV box that is capable of running Google’s Android operating system, but the system can easily be used as a mini PC as well thanks to the Linux version.

The MK902 II LE is powered by a RK3288 quad-core processor supported by 2GB of RAM with options for wither 8GB to 16GB of storage. Other features include a microSD card reader for storage expansion and connectivity provided by 802.11n WiFi.

“First we made history by creating the MK902 LE and MK802IV LE mini Linux PC’s… Now we have advanced things again in the world of low cost desktop computing.  The MK902II LE is the first mini PC based on the powerful RK3288 quad core processor to run a full Linux desktop operating system. It connects to a HDMI TV/Monitor, keyboard and mouse and provides a low cost workstation which can be used for just about anything!

This device is many times faster than our previous generation hardware, it boots in a few seconds and really packs a punch due to the quad core A17 architecture, fast onboard storage and improved design.

This micro sized device will fit behind a monitor/TV or will sit neatly on any desk taking up next to no space and will deliver a desktop class performance at a fraction of a cost of conventional PC products. The MK902II has excellent connectivity with its fast onboard Wifi, Gigabit Ethernet, 4 x USB ports, Micro SD Card Slot and IR sensor.”