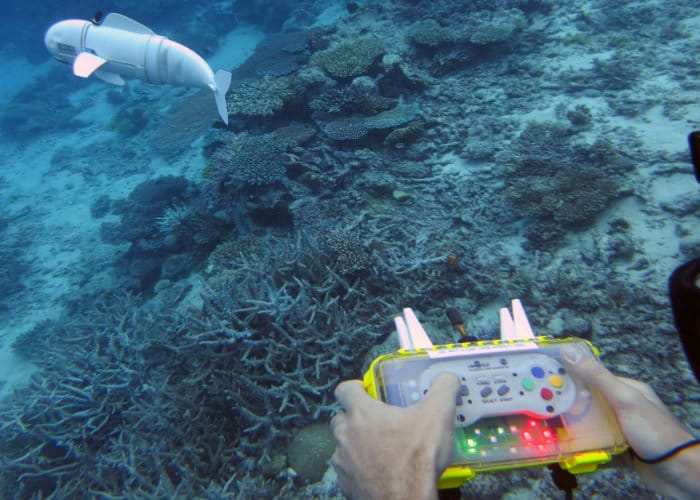 Researchers at MIT have created a new soft robotic fish aptly named SoFi, which has been created to help explore and catalogue underwater life. Offering a new form of interaction using a biometric robot equipped with a camera capable of agile swimming maneuvers and interacting with wildlife without frightening them away. Watch the demonstration video below to learn more about the SoFi robotic fish prototype swimming through the blue waters off Fiji.

MIT say that SoFi is the most advanced robotic fish of its kind ever built and measures just 18.5 inches long and weighs approximately 3lbs. With the ability to dive to a maximum depth of 60ft and explore the depths for up to 40 minutes on a single charge. As you can see from the image above the robotic fish is controlled using a Super Nintendo controller. SoFi’s co-creator Robert Katzschmann, a Ph.D. candidate at MIT’s Computer Science & Artificial Intelligence Lab explains that “there will be a revolution in some fields with soft robots”,”It may be for underwater locomotion, but also walking robots or grasping robots. This whole field will see changes.” 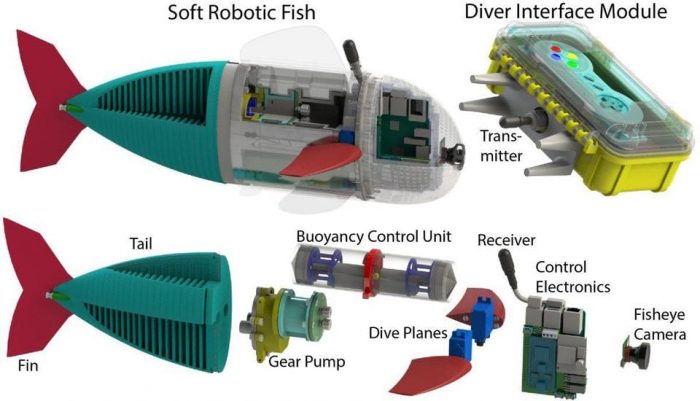 So far SoFi has been proving successful in recent test dives and has allowed researchers to swim within inches of fish without them becoming spooked. For now SoFi can only record video but the MIT research team is hoping to add extra features to SoFi such as thermometers and additional sensors. For more information follow the links below.